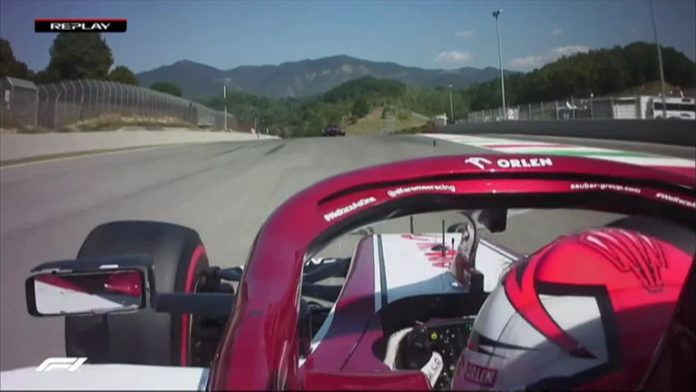 Top three split by less than a tenth of a second in final practice; Watch qualifying at 2pm on Sky Sports F1

Max Verstappen could be a genuine qualifying threat for Mercedes at the Tuscan GP after finishing just behind Valtteri Bottas in final practice, who sealed a hat-trick of fastest times to kick-off Mugello’s F1 bow.

Verstappen split the Mercedes and was just 0.017s slower than the in-form Bottas to hint at an intriguing shootout to set the grid – with qualifying starting at 2pm today on Sky Sports F1.

Lewis Hamilton was third, 0.083s off the pace of Bottas, who has had the edge over his Mercedes team-mate on a perfect start to his weekend.

Although Mercedes – undefeated, and largely unchallenged, on Saturdays in 2020 – now have a fast Red Bull to look out for.

Alex Albon was only eighth in the other Red Bull, a second off the pace, as Racing Point’s Lance Stroll emerged as the closest challenger to F1’s now-usual top three.

Stroll was 0.5s down on Bottas in fourth, just ahead of man of the moment Pierre Gasly in the AlphaTauri, with Sergio Perez, who has a one-place grid penalty for the race, also in the top six.

Charles Leclerc was an encouraging seventh for Ferrari, although team-mate Sebastian Vettel had a miserable hour – down in 18th for the team celebrating their 1000th race this weekend.

McLaren will also be disappointed, with both Carlos Sainz (12th) and Lando Norris (19th) on the back foot, while Daniil Kvyat and Romain Grosjean were surprise inclusions in the top-10.

George Russell missed out on the qualifying simulations completely due to a brake-by-wire failure on his Williams.