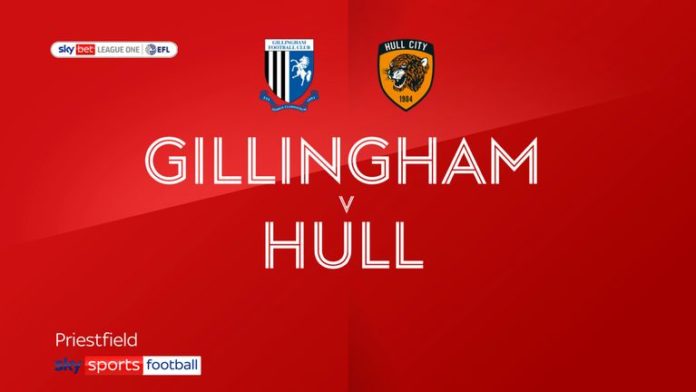 Charlton and Hull both recorded away wins in Sky Bet League One as they made a strong start to their bids to secure an immediate return to the Championship.

First-half goals from Alfie Doughty and debutant Conor Washington saw Charlton win 2-0 at newly-promoted Crewe, though Lee Bowyer’s side had to hang on in the second half as Mikael Mandron was denied first by goalkeeper Ben Amos and then by the post.

Keane Lewis-Potter and Josh Magennis ensured Hull started their first season in League One since 2004-05 with an impressive 2-0 victory at Gillingham.

Wigan, the other side to be relegated from the Championship last season, will begin their League One campaign under new manager John Sheridan at Ipswich on Sunday.

Fleetwood, denied in the play-offs last season, made a winning start at home but apples stopped play in their 2-1 victory over Burton.

The scores were level at 1-1 in the 73rd minute when apples were seemingly thrown over the empty stands and on to the pitch, causing a brief delay in play before Paddy Madden bagged the winner for Fleetwood with 11 minutes left.

Callum Camps had put the hosts in front before John Brayford headed Burton level, but the visitors’ misery was completed when John Joe O’Toole was sent off in stoppage time for a poor challenge on Mark Duffy.

Oxford also reached the play-offs last time around but got off to a losing start as they were beaten 2-0 by Lincoln‘s new-look side, who got goals from Anthony Scully and Adam Jackson.

And Oxford finished with 10 men as Rob Atkinson was shown a straight red in added time.

Fellow promotion hopefuls Portsmouth were frustrated in a goalless draw at home to Shrewsbury, whose Aaron Pierre collected a second yellow card in stoppage time.

Sunderland needed a late equaliser from Chris Maguire to get a point from a 1-1 draw with Bristol Rovers, who took the lead on just three minutes through Luke Leahy after Lee Burge brought down Jayden Mitchell-Lawson.

Tyler Smith, Anthony Grant, and Matt Smith all scored their first league goals for newly-promoted Swindon in a 3-1 win over Rochdale, while Luke Jephcott’s third-minute goal was enough to give fellow new boys Plymouth a 1-0 win over
Blackpool.

Baily Cargill got a late equaliser for MK Dons in a 1-1 draw at Doncaster Rovers, while goals from Dion Charles and Tariq Uwakwe powered Accrington to a 2-0 victory over Peterborough.

Newly-promoted Northampton twice came from behind to take a point from an entertaining 2-2 draw with AFC Wimbledon. Goals from Matty Warburton and Ricky Korboa cancelled out goals from Ethan Chislett and Nesta Guinness-Walker.