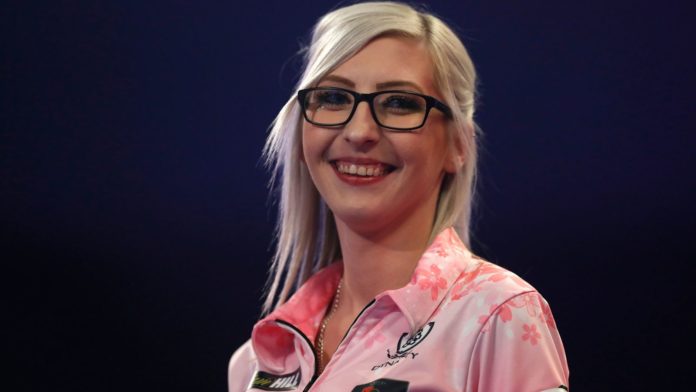 The PDC’s first tournament to be staged in front of a live crowd at the Salzburgarena in Austria from September 18-20 will feature Fallon Sherrock, while Glen Durrant will take on Dimitri Van den Bergh

Fallon Sherrock will make her big-stage return against Jeff Smith at the World Series of Darts Finals in Austria next weekend.

Sherrock, who made history as the first woman to win a game at the PDC World Championship last December, will play Canada’s Smith – the former North American Championship winner – in a blockbuster first-round tie, with the winner facing 2018 World Series of Darts Finals champion James Wade.

Glen Durrant and Dimitri Van den Bergh will clash in the tie of the first round, which will be the PDC’s first to be staged in front of a live crowd, at the Salzburgarena in Austria, from September 18-20.

With the world’s top-eight players seeded through to the second round, Friday’s first-round action will feature the 12 invited players from around the world, alongside four qualifiers.

The draw has thrown up a tasty first-round tie between Premier League table-topper Durrant and World Matchplay champion Van den Bergh – with the winner to take on reigning champion and world No 1 Michael van Gerwen.

Following Friday’s first round, the eight seeds will enter in Saturday’s second round at the Salzburgarena.

Sunday’s decisive final day will see the quarter-finals held in the afternoon session, with the semi-finals and final in the evening session.

Van Gerwen has won four of the previous five stagings of the World Series of Darts Finals since the event was introduced in 2015, with Wade interrupting that run of success with his 2018 triumph.