Home Culture Barker, Dawson and Tufnell to leave A Question Of Sport in show... 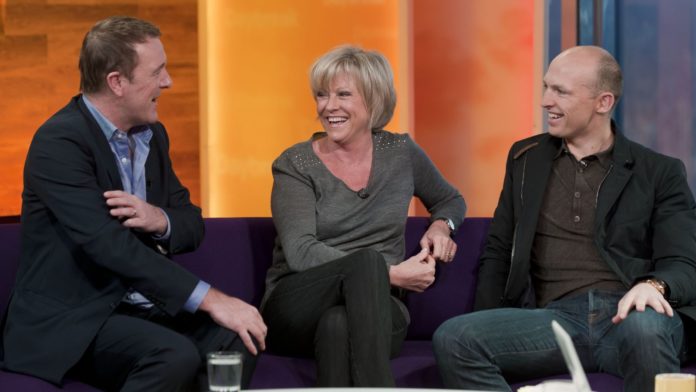 Sue Barker is leaving A Question Of Sport after 23 years, the BBC has confirmed.

Barker, a former tennis player, has hosted the world’s longest-running TV sports quiz since taking over from David Coleman in 1997.

The 64-year-old is reportedly departing from the show ahead of the BBC axing its current format.

The former rugby player and cricketer had been captains for 16 and 12 years respectively but they, along with Barker, will record their last episode together at the end of this month.

A new-look show will return with a different team next year.

A BBC spokesperson said: “We would like to thank Sue for her enormous contribution as the show’s longest reigning host over the last 23 years, and Matt and Phil for their excellent team captaincy over 16 and 12 years respectively.

“Together they have ensured A Question Of Sport remains a firm favourite with the BBC One audience.

“Sue, Matt and Phil’s final series will be broadcast next year.”

Barker – who reached the semi finals of Wimbledon in 1977 – said recently: “QS has been such a huge part of my life, from watching it with my family growing up through my tennis-playing days, and then, of course, as the presenter.”

It is not known if she will continue to work on coverage of the Wimbledon tournament.