Home Sport Wright wins on Day One of Autumn Series 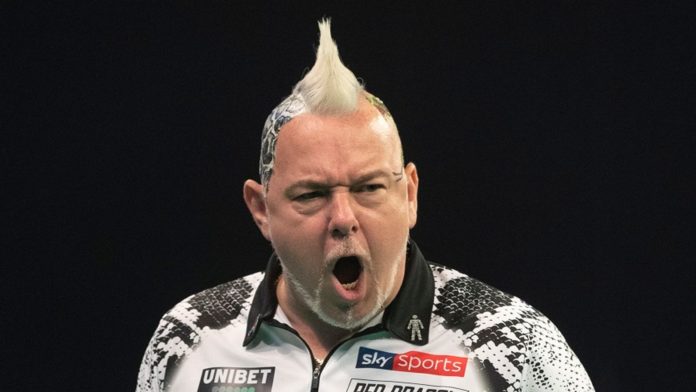 “I felt confident coming here but it was very hard work today. I’ve won one and let’s see what tomorrow brings”

Peter Wright’s brilliant 2020 continued as he opened the PDC Autumn Series in Niedernhausen with a superb Day One victory, while Lisa Ashton recorded a memorable win over Michael Smith.

The world champion showed his class in a superb day of darts as he beat Madars Razma 8-1 in the final to clinch a second successive Players Championship title, following his win on the final day of July’s Summer Series.

He had also seen off Callan Rydz, Graham Usher and Boris Krcmar before producing his highest average of the day at 109 in a thrilling semi-final with Michael van Gerwen.

Van Gerwen had opened up a 5-2 lead with some excellent darts of his own, with the pair averaging 113 in mid-game before Wright surged back to take a 7-6 victory.

The final against Latvia’s Razma proved more comfortable as Wright punished some early missed doubles from his opponent to open up a 4-0 lead.

Razma hit back in leg five, but Wright won the next four without reply to seal the £10,000 top prize.

“I felt confident coming here but it was very hard work today,” said Wright. “I’ve won one and let’s see what tomorrow brings.

“Obviously the Premier League has helped me, playing day after day against the best players in the world.

“I had to play well against Michael and had a really good game there – there was a bit of the old Michael back, which is good to see.

“It was nice to see him playing some superb darts. He let me in, he had two or three bad scores which I jumped on. It’s the best I’ve seen him play for a long time.”

Razma enjoyed a run to his second PDC ranking final, having previously been a runner-up in September 2018, with his best display of 2020.

The Latvian ace defeated Steve Lennon, Dirk van Duijvenbode, Ian White, Karel Sedlacek, Jelle Klaasen and Devon Petersen on his way to the final – edging past the latter 7-6 in another exciting semi-final.

Petersen produced some outstanding darts during his run to a third semi-final of 2020, including a 107.6 average as he defeated world No 3 Gerwyn Price.

He also averaged 93 or better in his wins over Kai Fan Leung, Andre Gilding, Simon Whitlock and Jesus Noguera, but paid for missing one dart at the bullseye to win the deciding leg of his exciting semi-final with Razma.

World No 1 Van Gerwen also produced a string of consistent displays, seeing off Krzysztof Kciuk, Luke Humphries, Stephen Bunting, William Borland and Krzysztof Ratajski, before seeing a 5-2 lead slip away against Wright in the last four.

Spain’s Noguera enjoyed his best run since joining the PDC ProTour full-time as he won through to the quarter-finals, defeating Steve Beaton, Ross Smith, Mensur Suljovic and Scott Waites before being edged out by Petersen.

Ratajski, Durrant and Klaasen joined Noguera in the last eight, while Carl Wilkinson enjoyed a moment of perfection with a nine-darter during his first round tie with Joe Cullen, who went on to take a narrow 6-5 win.

The six days of PDC action in Niedernhausen began as Tour Card holders battled for spots in next weekend’s World Series of Darts Finals event.

Cullen secured his first appearance in the event since reaching the 2016 quarter-finals as he overcame Ryan Meikle, Barrie Bates, Rydz and Jesus Noguera.

Beaton will be competing in the event for a third time following his wins over Van Duijvenbode, Andy Hamilton, Steve Lennon and Gabriel Clemens.

Dutchman Van der Voort will be making his debut in the World Series of Darts Finals, having battled past Josh Payne, Marko Kantele, Scott Waites and Razma to seal his place.

Youngster Ward is another debutant in Salzburg next week, after enjoying wins over Jan Dekker, William O’Connor, Christian Bunse, Joe Murnan and Chris Dobey on Friday.

The world’s top eight players are seeded and will enter the event at the second round stage, led by world No 1 and reigning champion Van Gerwen and World Champion Wright.