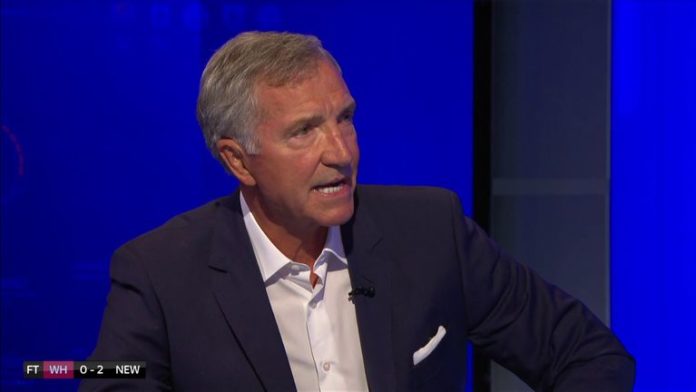 Souness: “I guarantee you, I’m a football person, that would have impacted on West Ham in the build-up to the game.”

Graeme Souness thinks Mark Noble has let West Ham down with his critical social media post ahead of the defeat to Newcastle.

Callum Wilson and Jeff Hendrick scored on debut as Newcastle heaped early-season misery on the Hammers with a 2-0 victory at the London Stadium.

The defeat comes after a turbulent off-season at the east London club after a lack of transfer activity and the decision to sell talented youngster Grady Diangana for an undisclosed fee to West Brom.

His departure from the London Stadium did not gone down well with his former West Ham teammates, with captain Noble tweeting: “As captain of this football club I’m gutted, angry and sad that Grady has left, great kid with a great future!!!!!” Declan Rice then retweeted Noble’s comments before deleting it shortly afterwards.

As captain of this football club I’m gutted, angry and sad that Grady has left, great kid with a great future!!!!! https://t.co/oNPPEp8Pt6

Moyes denied that any unrest within the squad in recent weeks could have affected the Hammers’ performance but Souness disagreed, taking aim at the conduct of Noble.

“Eight days ago he threw a hand grenade into the mix by questioning people further up the tree who made that football decision to sell the young player to West Brom. Does Noble know the ins and outs of the finances at West Ham? If he felt that then he should have kept it to himself. That’s not helped their cause.

“Moyes won’t say it had an impact on what happened but I guarantee you, I’m a football person, that would have impacted on West Ham in the build up to the game. Their captain has shot himself in the foot. He’s got no business – if he felt like that then he should have kept to himself.”

Moyes was unimpressed with his team and also criticised the performance of the officials.

“I didn’t enjoy the performance and didn’t enjoy the game. Those are my thoughts,” he told Sky Sports. “We didn’t show enough quality, I thought it was a disappointing game and I didn’t think it was particularly officiated well, but that is not the reason we lost.

“We hoped we would start off in the same form we were at the end of last season but we didn’t. I would have liked us to do much better.”

Asked to elaborate on the officials, Moyes said: “Some of the decisions we felt a wee bit aggrieved by but, it’ll be the case we we’re all talking about it, so I’ll try not to talk about them.”