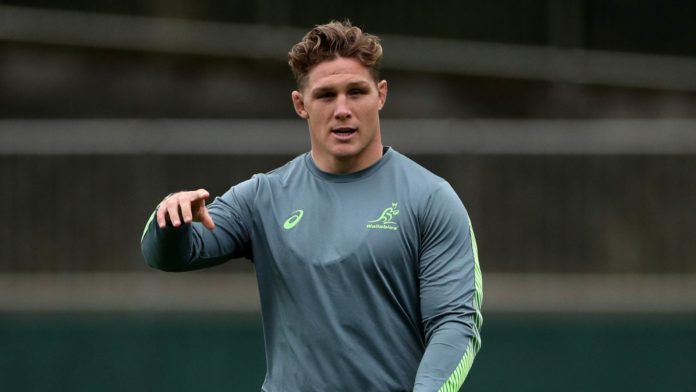 The 2020 Rugby Championship runs from November 7 to December 12, although Rugby World Cup winners South Africa have not yet confirmed if they will take part

New Australia coach Dave Rennie has started his rebuild for the 2023 Rugby World Cup by naming 16 uncapped players in his first squad for Bledisloe Cup Tests against New Zealand and the Rugby Championship later this year.

Rennie did not name a captain, although Michael Hooper, who has led the side 46 times since 2014, was named in the extended 44-man squad.

“We’ve picked this squad on form and on potential and I know the whole group are chomping at the bit to get stuck in and push their case for a Wallaby jersey,” said Rennie.

“When we picked the squad, we had to consider how we will handle the rigours of the Test calendar ahead.

“It is obviously a big squad which is due to COVID restrictions, as we can’t bring players in and out, but each of one them is there on merit.”

Australia will host this year’s Rugby Championship after a late change of mind by governing body SANZAAR.

The Wallabies have struggled since they made the 2015 World Cup final, dropping to seventh in the World Rugby rankings, and were knocked out in the quarter-finals by England at last year’s World Cup in Japan.

They also have not held the Bledisloe Cup, the symbol of trans-Tasman supremacy with New Zealand, since 2003.

The sides are due to face each other on September 7 and again a week later.