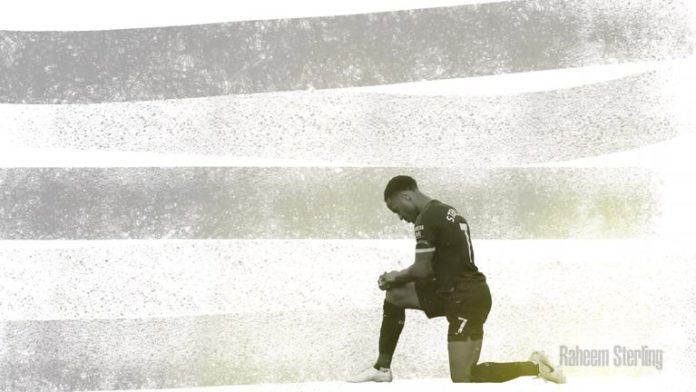 Kevin Reza: “You can see the big names in sport giving themselves the means to speak, to make noise, to show their solidarity with this movement. I’m Kevin Reza, I don’t carry as much weight in world sport as Lewis Hamilton in Formula One or Lebron James in the NBA.”

Kevin Reza, the Tour de France’s only black rider, says he is ready to make his voice heard amid the Black Lives Matter movement.

Support across different sports for the Black Lives Matter movement has gathered pace over the last three months following the death of George Floyd in police custody in May.

Premier League players continued to show their support on the opening day of the season, with players taking a knee in all four of Saturday’s top-flight fixtures.

Reza was born on the outskirts of Paris to a family that originates from the French overseas region of Guadeloupe and the 32-year-old rides for French outfit B&B Vital Concept.

He said he would like his Tour de France peers to express support for the Black Lives Matter movement but with professional cycling being largely an all-white business, Reza is on his own.

“You can see the big names in sport giving themselves the means to speak, to make noise, to show their solidarity with this movement.

“I’m Kevin Reza, I don’t carry as much weight in world sport as Lewis Hamilton in Formula One or Lebron James in the NBA.”

But Reza, who turned professional as a cyclist in 2011, is still convinced he can make a difference.

“I’m thinking about putting things in place, about being able to show my support for this movement.

“It’s not always easy and it’s tricky to go headlong and not think about exactly what you want to do, But that doesn’t mean that I don’t support this movement.”

The battle for the green jersey defined stage 14 of the Tour de France, meanwhile, as Peter Sagan ate into Sam Bennett’s advantage while Soren Kragh Andersen struck out for stage victory in Lyon.

The 194-kilometre stage from Clermont-Ferrand did nothing to alter Primoz Roglic’s status in yellow but saw Sagan claw back 23 points on Bennett to cut his deficit in the points classification to 43.

Sagan’s domination of green in recent years has made the competition all but an afterthought, but this time around it could go all the way to Paris and play a key role in shaping the final week of the Tour.

Saturday’s rolling stage looked tailor-made for a breakaway to prosper and for the overall hopefuls to enjoy a relatively stress-free day after Friday’s summit finish on the Puy Mary and the challenge of the Grand Colombier to come on
Sunday, but instead the hammer was down from flag to finish.

Sagan’s Bora-Hansgrohe team worked furiously to drop Bennett on the short climb before the intermediate sprint 38km in, then kept charging on to ensure the Irishman could not get back into the peloton – abandoning his push 80km from
Lyon.

Sagan never sat up as he eyed further points on the finish line, though the former world champion would be denied his shot at victory as Team Sunweb’s Kragh Andersen got away from the reduced peloton in the final kilometres to follow up on team-mate Marc Hirschi’s stage 12 victory on Thursday.

The sprint for second place was taken by Luka Mezgec, with Sagan rolling in fourth for another strong haul of points.

As the fight for yellow and green continued on the road, off it there were concerns for rider safety and a growing debate over the sport’s concussion protocols.

Frenchman Romain Bardet withdrew from the race late on Friday night following a high-speed crash on stage 13, having ridden to the finish after the spill.

The 29-year-old posted on social media on Saturday that he had suffered a “small haemorrhage” in the crash, later amending the post to remove mention of a haemorrhage and saying he needed a period of ‘rest and recuperation’.”