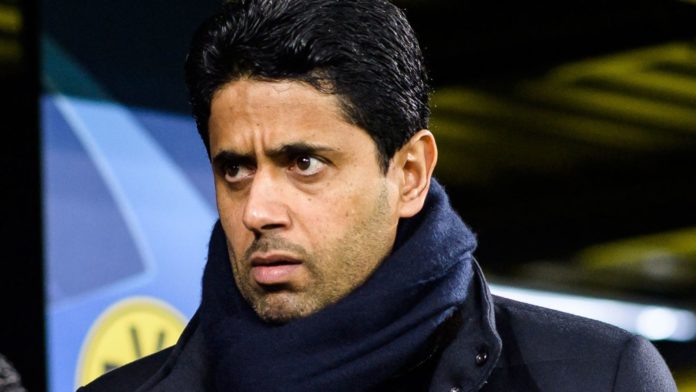 Paris Saint-Germain president Nasser Al-Khelaifi faces a charge of incitement to criminal mismanagement at a court in Switzerland from Monday.

An undisclosed settlement is understood to have been reached between Al-Khelaifi and FIFA.

Al-Khelaifi’s lawyers said in a statement: “The vast majority of this case does not relate to our client in any way.

“To the extent it does, we look forward to presenting to the court the simple facts – not least given this is the first time in nearly four years we’ve been properly afforded the right to any defence.

“For the avoidance of any doubt, the recently-submitted secondary ‘reporting’ charge is manifestly artificial and lacks basis in law or fact – we have no doubt that our client will be proven innocent.”

Valcke is alleged to have received and then failed to disclose three payments totalling €1.25m (£1.15m) from an unnamed third defendant, which he was given for attempting to influence the awarding of media rights for FIFA tournaments.

Valcke has also been charged with the falsification of documents in relation to how those alleged payments were entered into his company’s accounts.

The Swiss Federal Criminal Court in Bellinzona will hear the case from Monday, and the court website indicates it will run until September 25, although it could go on until October 2. A decision would be issued at a later date.

Valcke’s 10-year ban from all football-related activities, imposed by FIFA, was upheld by the Court of Arbitration for Sport in 2018.