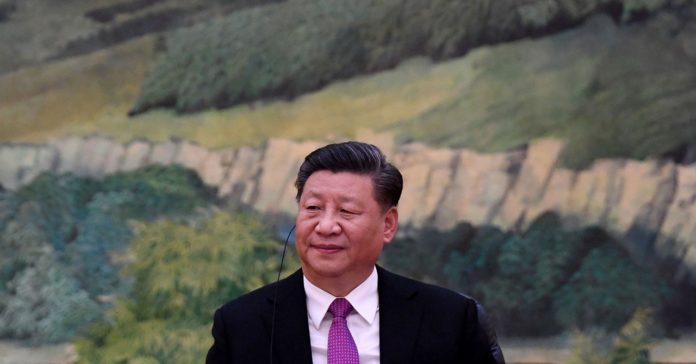 One such risk is Trump’s executive order on TikTok, which the administration presents as an issue of data sovereignty. Administration officials cite fears that the Chinese can access data from the video-sharing app, mainly used by American teens, that could be used for more insidious purposes. But this attempt to control data could set a dangerous precedent for US companies operating in Europe, where some officials don’t want data stored in the US, Schmidt says. Adam Mosseri, head of Facebook-owned Instagram, said Friday that any short-term benefit to Facebook from banning TikTok is “greatly outweighed by the risks of a fragmented internet.”

A different problem is posed by the proposed restrictions on WeChat, which is not only the largest messaging platform in China but also the primary mobile payments system. Detailed rules have not yet been published, but the order could ban WeChat on Chinese iPhones or phones running Google’s Android. For American retailers, such as Starbucks or McDonald’s, the inability to use WeChat’s mobile payments app would potentially drive away most Chinese consumers.

The beneficiaries of this crude approach will be the very Chinese firms, such as Huawei, that the administration wants to punish. Meanwhile firms like Apple, which depends on China for almost one-sixth of its revenue, could be devastated.

Tech’s tentative pushback is being overwhelmed by a fevered anti-China mood, even if it may harm American interests, some analysts say. “This non-debate that we are having is driven primarily by a desire to hurt China, whatever the cost,” says Evan Feigenbaum, a China expert and former Asia adviser to President George W. Bush now at the Carnegie Endowment for International Peace.

Instead, many policy experts argue for a different approach—a US-led effort to compete with global standards and global platforms that dominate the marketplace. In this view, it makes more sense to challenge Chinese attempts to set global standards, rather than divide the internet into competing realms.

Schmidt, the former Google CEO, is a major Democratic donor who long defended Google’s efforts to do business in China. He acknowledges the serious security and competitive challenges posed by China, but he says the US needs a well thought out strategy to identify, develop, and protect key areas of technology. He is a member of the Defense Innovation Board, which advises the defense secretary on how to foster technological innovation. He suggests the US identify five or 10 key technologies—such as artificial intelligence—and focus on those, including imposing security controls. “High walls, small plot” is the new slogan for that approach.

Tech policymakers, some of whom are engaged with the Biden campaign, told WIRED that they anticipate a Biden administration will pursue a more nuanced approach.

“A Biden administration would think rationally through how do we remain the best innovation power on earth,” predicts Anja Manuel, a specialist on Asia and on technology and security interactions and the director of the Aspen Security Forum. Manuel is close to the Biden campaign, despite having served in previous Republican administrations and cofounding an influential consulting firm with three former Bush cabinet officials.

These advisers advocate working with allies in Europe and Japan to set global export controls that prevent China from evading US sanctions by buying technology elsewhere. They want to boost R&D spending, fund basic research, and allow Chinese and other students into US universities, brainpower they contend ultimately benefits the US

Those voices will be heard in a Biden administration, says former Obama official Bader. “Biden, unlike Trump, actually is a dealmaker. That’s his nature. He will never be the guy who says we have to take an ideological stand.”

Still, some worry that the decoupling of the Chinese and US economies has acquired a momentum that will survive even if Biden wins the presidency. “The trajectory is being baked in now,” argues Feigenbaum, who advises firms doing business in China. “In a year, it will be hard to throw the reverse switch on a lot of this stuff.”

Others anticipate room to roll back the worst excesses of the anti-China wave. Yet, the power of the hardline anti-China narrative at this moment is hard to deny.