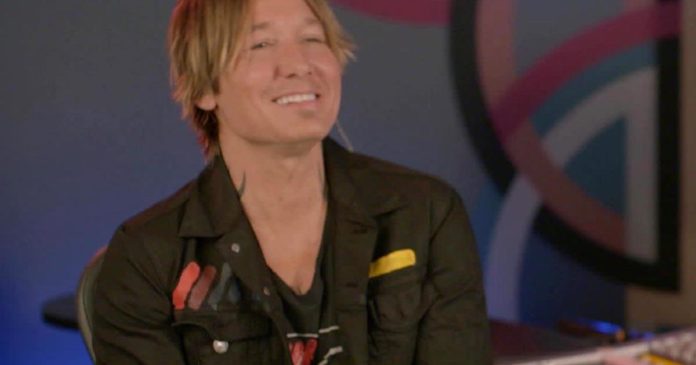 You might say that Keith Urban has come a country mile this year. He has a brand new album ready to drop, and he’ll be on top of the country world later this week, as host of the Academy of Country Music Awards (airing Wednesday night on CBS).

But like so many of us, he was stranded at home this spring with the quarantine, and he had a tough time getting used to life as a traveling musician with no place to go.

Correspondent Tracy Smith asked Urban, “Besides music, what have you been doing during quarantine?”

“Just kicking back,” he laughed. “I confess that I was – I didn’t transition smoothly into this new way of doing things.”

“How did you react in the initial days and weeks?”

“I was gonna put my sweatpants on, sit on the couch, watch TV with the family, and wait ’til the whole thing blows over,” Urban replied.

And, he said, it took a good kick in the pants to get him off that couch: “I just didn’t do anything. Just did nothing for it seemed like eternity for me.”

What pulled him out of it? “The turning point came, I have a friend of mine who I call sometimes for advice. And I was telling him what was going on. And I’m like, ‘I can’t do this and I can’t do that and blah, blah, blah, blah, blah.’ And he said, ‘Keith, is there anything that you can do?’

“And within that call, I started to pivot. And I know it sounds so cheesy, but really, that’s what it was. I pivoted over towards what I could do.”

“You got going again – I love that advice, I’m gonna use that on my kids,” Smith said.

“It’s easier said than done, let me tell you!”

But once the 52-year-old superstar got back in the game, things started to happen, like a benefit concert at a Nashville drive-in.

“Yeah, absolutely!” Urban said. “I mean, I’m playing a drive-in!  Great! Didn’t have that on the list of things to do in my life, but here we go, you know?”

“Could that be the future of touring, for now at least – drive-in concerts?”

In some ways, the chaos of 2020 followed Urban into the recording studio, too. His latest album, “The Speed of Now, Part 1,” was finished under the cloud of the pandemic, and, he says, you can feel it in the music.

“There’s a chunk of this record, probably a good third of it that wouldn’t have happened without what we went through,” Urban said. “I would say I had 70% of the record finished. So, some of these songs came because of the times, from the times, and were even created during that period as well.”

For example, the song “Out the Cage” is about something a lot of people can relate to just now:  an overwhelming need to escape.

Of course, not every new song is about the new state of the world:  “Polaroid” is a snapshot of good times in days gone by.

Sometimes I forget who we were back then
That Saturday night stealing cold beer and cigarettes
At a house we didn’t know, wearing our now-vintage clothes
Looking at this photo

Oh, I remember someone saying, “Smile”
Who would have thought we’d still be smiling now?

Smith asked, “Is there really a Polaroid?”

“When I moved to Nashville, I lived in this, just, rundown house in a questionable part of town,” said Urban. “And we were all crammed in there, and we used to throw the most insane parties. And somebody foolishly gave us a Polaroid camera, and the fridge would get covered in snapshots of these encounters. All I can say is, I’m glad you can burn Polaroids!”

“So, they no longer exist?”

And here’s another good thing that came out of being quarantined: Urban’s been doing free online concerts for his fans.

Smith asked, “You’ve also been playing some Instagram concerts with the best backup dancer I’ve seen in a while.”

“Is that just kind of a spontaneous thing that’s been happening?”

“Yeah. Because, you know, we wanna play, and I needed a guitar tech. So, you know, put my wife to work.”

It doesn’t hurt that his guitar tech is one of the most famous women in the world.

Smith asked, “On this album, there are a couple of songs with lyrics about how a woman can save a man. And I’m wondering if that really rings true for you?”

Nicole Kidman and Keith Urban have been together since 2005, through the good, the bad, and the downright awful.

In a 2016 “Sunday Morning” profile, Smith interviewed Kidman, who talked about the time that Urban saved her, when she lost her dad, Dr. Tony Kidman (who’d died suddenly of a heart attack), and Urban rushed to her side.

Smith asked Kidman, “How did you get up?”

“Because I had a husband that came right back,” she replied. “I called him screaming and crying. And he was about to go on stage. And he walked off stage and he got on a plane – he had just gotten there – and he flew six hours and he was right back.”

“For her to be in Nashville and me to be in California was excruciating,” Urban said. “And having just landed, I’m like, ‘I’ve gotta get back immediately. Now, you know?’ The waiting around to be able to get a plane to get me back as fast as possible was just indescribable. So, family first in everything.”

As the title of his new album suggests, Keith Urban is used to living life at full speed. But he’s found out that some of the biggest rewards can only come out of slowing down.

Smith asked, “So, are you hopeful?”

“I’m always hopeful,” Urban replied. “We will learn so much from this moment, so much. And when this comes again – and there’s no doubt it will at some point – we’ll be way better prepared for it, and I think just have a new way of doing things.  We’re always gonna play somehow, some way. We’re gonna figure out a way to do it.”

To watch Keith Urban perform “Tumbleweed,” from his new album, “The Speed of Now, Part 1,” click on the video player below: