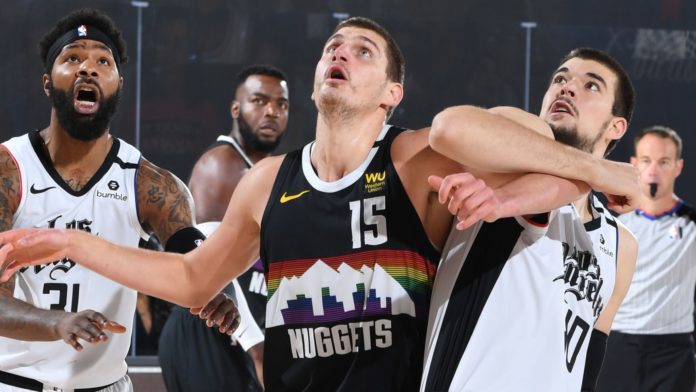 Nikola Jokic supplied 34 points, 14 rebounds and seven assists as the Denver Nuggets overcame a 19-point second-half deficit to claim a 111-98 victory over the LA Clippers to force a Game 7 in their Western Conference semi-final series on Sunday.

It was the Nuggets’ fifth consecutive win in an elimination game in these playoffs. They will need a sixth to advance to the Western Conference Finals.

Denver’s resilience was on full show in their second consecutive furious rally after the break.

The Nuggets outscored the second-seeded Clippers 64-35 in the second half and held Los Angeles to 26.3 per cent shooting. That included a stretch of 10 consecutive Los Angeles misses in the third quarter, which helped Denver trim a 19-point deficit before taking control in the final period.

Jokic scored 11 of his points in the fourth quarter, including back-to-back three-pointers to give the Nuggets a 91-84 lead with 8:14 to play. Later, a Jokic jumper pushed that lead to 10, before another three-pointer by the two-time All-Star made the score 106-93 with 2:27 to play.

The Nuggets outscored the Clippers 30-16 in the third quarter, including a 17-0 run to slice Los Angeles’ advantage to 73-72 on a Gary Harris lay-up with 3:29 to play in the period.

Denver tied the game at 79 on a lay-up by Torrey Craig in the fourth quarter’s opening minute, then took their first lead since the opening minute when Craig buried a corner three on Denver’s next possession.

The Nuggets shot 61.1 per cent in the second half, including a 7-of-12 mark from three-point range.

Denver’s Jamal Murray finished with 21 points, five rebounds and five assists. He stayed in the game after hitting the floor hard after getting blocked by George under the basket early in the third quarter. Gary Harris added 16 points, four rebounds and four steals.

The Clippers built a 10-point first-quarter lead. Denver used a 17-7 second-quarter run – highlighted by a one-footed, hoisted three-pointer at the end of the shot clock by Jokic – to cut that advantage to 47-45 with 5:52 to go before the half.

But the Clippers answered with 10 consecutive points and eventually took a 53-47 lead into the locker room at half-time.