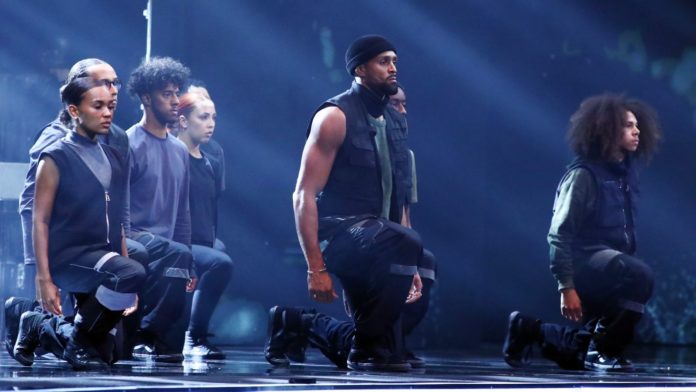 Britain’s Got Talent judge Ashley Banjo has said the negative reaction to a Black Lives Matter routine on the show was “in the minority” after it attracted 15,500 complaints.

The dance group Diversity, which won the contest in 2009, took to the stage with a politically-charged routine during the ITV show’s semi-final earlier this month.

It saw a white police officer kneel on Banjo’s neck in a moment that echoed the killing of unarmed black man George Floyd.

Banjo, who is the leader of Diversity, has stepped in as a temporary judge on Britain’s Got Talent after Simon Cowell injured his back.

The dancer said in a video on Instagram on Sunday night: “It’s been a crazy week and I’ve kind of been a bit quiet on social (media), I’ve been living life trying not to get caught up in it all.

“But I feel like now is the time to just come out and say a few things. Firstly, I just want to say thank you to all the people who supported what me and Diversity did with that performance. They’ve reached out, honestly it’s overwhelming the positive reaction to what we did.

“Hundreds of thousands of messages, comments, DMs, and just interactions in the street. I know that a lot of the press reports and the headlines have been about the complaints and the negativity… but trust me I’m right in the centre of it and the negativity is the minority.

“The positive response has been huge so thank you so much to everyone that has supported, shown love, and stood by what we did.”

“We stand by every single decision we made with that performance.”

The group all took the knee before the song Black Lives Matter by Dax began, which features the lyrics: “I can’t breathe”, the last words uttered by Mr Floyd.

The performance attracted praise and criticism from members of the public, with the number of complaints to broadcasting watchdog Ofcom rising to 15,500 since the episode was broadcast.

Banjo continued in his Instagram video: “Moving onto negativity, it’s been a lot, everything from racial abuse to threats, to just some really nasty stuff that I’m not even going to bring light to.

“I’m not going to give it anymore time than it deserves.”

An Ofcom spokeswoman said in relation to the complaints: “We are assessing this content against our broadcasting rules, but are yet to decide whether or not to investigate.”

It is the second highest number of complaints to Ofcom for a TV show since 2010, after 25,327 were made in 2018 about Celebrity Big Brother when ex-Emmerdale actress Roxanne Pallett alleged she had been assaulted by fellow housemate Ryan Thomas.