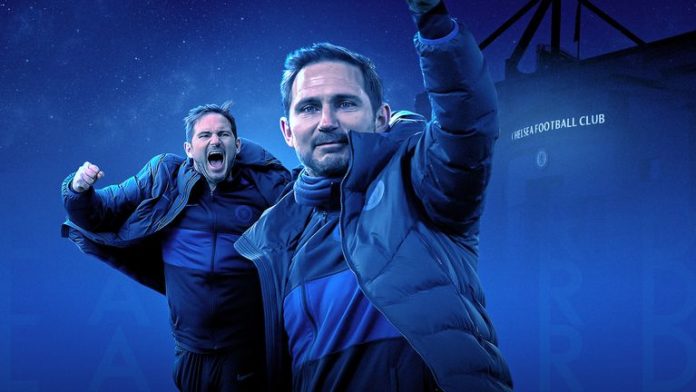 Frank Lampard is relishing a second season of development at Chelsea after an unprecedented summer of signings which he claims has lifted the club to new levels.

Chelsea have acted swiftly and clinically in the summer window to bring Timo Werner, Kai Havertz, Hakim Ziyech, Thiago Silva, Ben Chilwell and Malang Sarr to Stamford Bridge in one of the most ambitious recruitment projects in recent Premier League history.

Lampard guided Chelsea to a top-four finish in his first season at the helm, a campaign which began in the shadow of a transfer embargo and the departure of Eden Hazard.

With Chelsea not entering the transfer market in two successive windows, youth was given the chance to flourish last season and Lampard hopes further strides can be taken after the acquisition of some of Europe’s most-exciting talent.

“I loved the nurturing last year, but I never wanted us to become an academy club,” he told Sky Sports. “That story is great for five minutes and those debuts when you hand them out are really nice. But then it moves very quickly to people asking if you can win games now.

“When you see the injection of players and what they can bring – they have all brought personality with them already – that should bring a level of competition that lifts the squad to new levels.

“My feeling and my senses suggest the players are feeling that, but we have to show that on the pitch, and it is my job to manage that and take us forward.

“Last year we spoke a lot about the transfer ban, and it was very relevant. To come fourth last year was a big achievement and it certainly felt that way with the competition around us. That’s done now, and now we are looking at whether we can get better, whether we can improve as a club?

“It feels good because it has been work, it’s what you set out to do. Recruitment is a huge part of trying to be a club that is successful at the top of the Premier League.

“Liverpool and Manchester City are big examples of that, they have got big coaches and great players they have brought in at the right time. We’ve made positive moves, now it comes down to work and whether we can show it on the pitch.”

Lampard: Pressure in all circumstances at Chelsea

After having his transfer plans backed to the tune of more than £200m, Lampard faces a very different set of challenges ahead of his second season in charge of Chelsea.

Lampard refuted the claim that now was a particularly good time to be Chelsea manager, but expressed his excitement and welcomed the pressure of the task he has been handed.

“Any time should be a good time be Chelsea manager,” he added.

“I just got told in a press conference that I had no pressure on me last year, now I don’t know what world they are living in if they think this job comes with no pressure, there’s pressure whatever the circumstances are.

“I also understand the expectations and pressures can change and move forward, and no matter who the person is sat in my office they will say there are pressures.

“Whether this is a good time to manage Chelsea or not, I’m very focused on working and trying to make us improve because that is what makes me excited, whether we can succeed.”

“Last year Frank Lampard didn’t have the luxury to sign players, they had the transfer embargo and lost their best player. It was difficult. The players they have brought in this summer are players I think they needed.

“Yes, there is going to be pressure on Chelsea, but Frank has had pressure all of his life. He put himself under enormous pressure to become a footballer, now he’s got the opportunity to be the Chelsea manager.

“Do I think Chelsea can break the top two, even with the money they spent? I don’t, they have still got a way to go because Liverpool and Manchester City are still ahead. But Chelsea are certainly heading in the right direction.

“They have got the right man at the club; the fans adore him, and they enjoyed the way they played last year. This is a big opportunity for Chelsea, they look really exciting.”