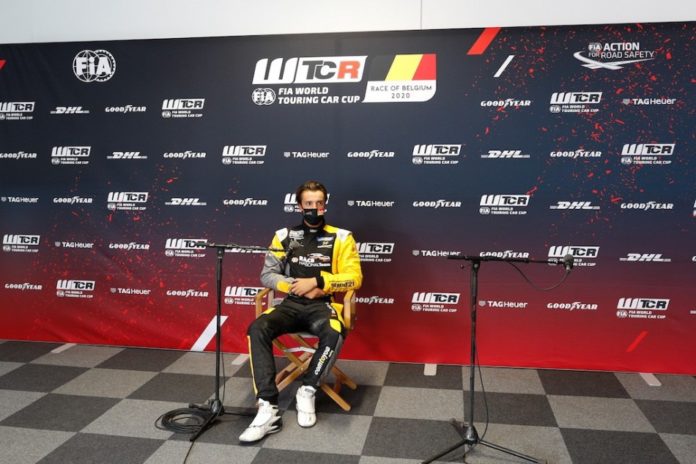 Gilles Magnus is the leader of the new FIA Rookie Award run within the WTCR – FIA World Touring Car Cup, which began at Circuit Zolder in Belgium last weekend.

The FIA Rookie Award was launched for the 2020 season to encourage more up-and-coming racers to join the growing list of young drivers taking part in the series.

Rules require competitors to be 23 and under on January 1, 2020 and have experience of no more than two WTCR or FIA World Touring Car Championship events.

For the inaugural season, Magnus – who is supported by the Belgian ASN through its RACB National Team initiative – is one of four drivers in action.

Jack Young, an 18-year-old from the United Kingdom, Bence Boldizs, 23, from Hungary and Germany’s Luca Engstler, 20, are also in contention for the FIA title.

At Zolder over the weekend, Magnus, 21, topped the category in both races driving an Audi RS 3 LMS for Comtoyou Racing on Goodyear tyres, also battling for the overall positions.

Afterwards, he said: “I should be happy. Qualifying P3 and 0.04s off second [overall]. We finished the second race P4 but should have finished in P2. So, a little frustrated, but we showed our pace, we showed what we are worth, so I’m happy.”