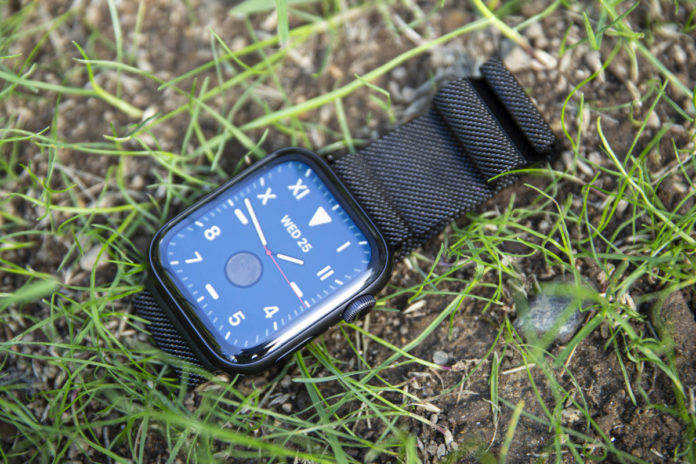 If there’s one thing we can count on, it’s that Apple will release new iPhones at an event in September. But if you’re expecting to get a look at the iPhone 12 during Apple’s “Time Flies” event on September 15, you may be disappointed.

New iPhones are still coming this fall, but they likely aren’t arriving until October due to production issues caused by the pandemic. According to Bloombberg’s Mark Gurman, the annual iPhone event will take place in October this year since the phones aren’t ready to ship yet. So if new iPhones aren’t coming at the annual iPhone event, what will Apple announce next week?

If I was a betting man, I’d put everything on Apple Watch. Even without the slogan “Time Flies,” the Apple Watch is all but guaranteed to land at Apple’s September 15 event, even if iPhones don’t. The Apple Watch has shared the September stage with the iPhone since its launch in 2015, and rumors have been swirling that a new model is imminent, with a blood-oxygen sensor, sleep tracking, and all of the new watchOS 7 features, including watch face sharing and hand-washing detection. The new watch will likely be extremely similar to the Series 5 design, with 40mm and 44mm sizes.

Why it might arrive now: Apple Watch is big enough to command its own event, and without the iPhone to anchor things, it’s basically a shoo-in. Plus, you know “Time Flies” is pretty obvious.

A recent rumor reported by Bloomberg says that Apple is planning to launch a new Apple Watch to replace the current $199 Series 3 model. It’s unclear what the new model would look like, but it will presumably have the older 38mm and 42mm design but possibly with an updated display and processor. The report says the new watch will “compete with lower-cost fitness devices,” such as the upcoming $230 Fitbit Versa 3.

Why it might arrive now: If a new Apple Watch flagship is arriving, this rumored cheaper model will logically make its debut. With no Series 4 to slide down into the lower end and the Series 3 looking a little long-in-the-tooth, a new cheap model makes a lot of sense.

Apple’s iPad Air hasn’t been updated since March 2019, but recent rumors suggest a big change is on the way. Bloomberg reports that the new iPad Air will follow the design introduced with the iPad Pro back in 2018, with skinny bezels, no home button, and USB-C. It will also introduce Apple’s first fingerprint sensor built into the power button, reserving Face ID for the Pro models.

Why it might arrive now: The iPad doesn’t usually arrive with the Apple Watch, but this year is different. With the Mac event being dedicated to the Apple silicon transition, an iPad Air launch alongside the Apple Watch and other consumer products seems very plausible.

We’ve heard rumors that Apple is working on a pair of studio headphones for a while, and they might finally make their debut at Apple’s September event. In addition to noise-canceling, Hey Siri support, and the ability to detect when one of the cups isn’t on your ear, AirPods Studio is also rumored to have “a retro look with oval-shaped ear cups that swivel and a headband connected by thin, metal arms.” According to Bloomberg, the pads and ear cups will be magnetic so you can swap them out.

Why it might arrive now: AirPods Studio aren’t just accessories to the iPhone: Apple Watch and iPad owners can use them too. So they wouldn’t seem out of place at a non-iPhone launch.

Another persistent rumor pertains to an Apple-branded Bluetooth tracker much like the square Tiles trackers. They would reportedly function in the same way, helping us find lost items using proximity data of nearby Apple devices to pinpoint location, as well as the U1 ultra-wideband chip inside newer iPhones.

Why it might arrive now: Apple Tags will be an accessory for products not made by Apple, so they can launch at any time. But they would make a lot of sense if the Apple Watch or iPad Air have U1 chips.

HomePod is widely considered Apple’s biggest flop in recent years, but rumors say Apple isn’t about to give up on it. A new smaller HomePod is reportedly on the way with fewer speakers and a lower price tag.

Why it might arrive now: The HomePod hasn’t been updated since its launch in 2017, and it’s pretty clear that people are more interested in lower-cost smart speakers than high-fidelity ones. A launch alongside AirPods Studio wouldn’t feel out of place at all.

The only thing COVID-19 hasn’t delayed is Apple’s work on iOS, with betas releasing on time and development moving along as it should. Apple only promised a release this fall, which usually means it will drop a few days before the new iPhones go on sale, but with delays pushing it to late October, Apple could decide to separate iOS from the iPhone this year.

Why it might arrive now: Since the new Apple Watch is all but certain to be running watchOS 7, it’s likely that the new iPad Air will also come equipped with the latest OS. While that doesn’t necessarily mean we’ll see an iOS 14 launch, it makes sense. Plus Bloomberg reports that “the next updates to iPhone and iPad software are due to be released this month.”

Update 9/9: Added information from a Bloomberg News report about an iOS 14 release.