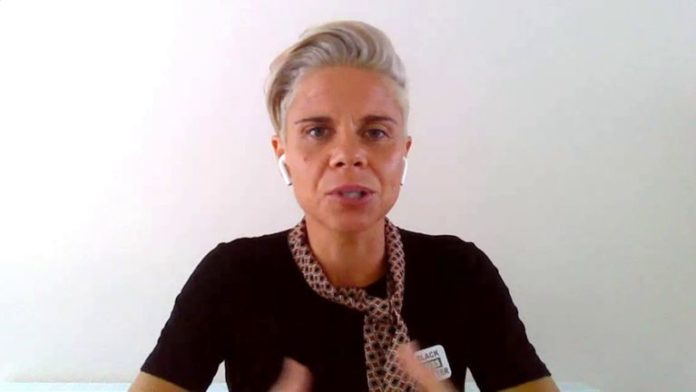 Smith: “These are World Cup winners, household names, but you just need to get the balance right. You don’t want to stop the opportunities for young players coming through”

Sue Smith believes Spurs Women’s signing of Alex Morgan is exciting for the WSL but insists home-grown players must not be squeezed out by high-profile imports.

USA’s double World Cup winner Morgan is just one of many big name signings to move to the WSL during the transfer window as the league’s reputation and stature continues to grow, with the forward becoming the fifth member of USA’s 2019 tournament-winning side to join the WSL after Sam Mewis, Rose Lavelle, Tobin Heath and Christen Press.

While she feels that is positive for the league, Smith says that cannot be at the expense of bringing through young English players who could break into the national side.

“It’s an absolutely huge signing and it was a really well-kept secret. We only found out on [WSL] Deadline Day, which surprised quite a few people,” Smith said of the Morgan deal on Sky Sports News.

“It’s positive for the WSL in the fact that the profile is going to be around the world, people are going to want to watch the games because of these players coming in.

“These are World Cup winners, absolute household names, but you just need to get the balance right. You don’t want to stop the opportunities for young players coming through.

“The whole point of this league is to make sure the national team is successful. The FA has addressed it, because they have said in the WSL they will have to include at least eight home-grown players in the squad from the 2021/22 season.

“It’s great to see the players coming over but we just need to get that balance right.”

How the WSL won the transfer window

As the women’s transfer window closed on Thursday, the Women’s Super League and its clubs will be delighted with the business done over the last few months.

A number of star names have arrived on English shores since June 19, as well as some key signings from within the league, as the WSL gets back up and running after the cancellation of the 2019/20 season due to coronavirus.

After one of the most successful windows for the women’s league, from Lucy Bronze to Rose Lavelle and Pernille Harder, we take a look at some of the talented players you will be hearing about this season.