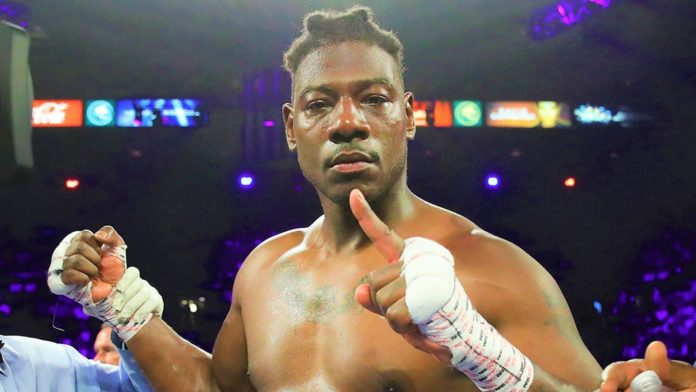 “People in the UK may count him out, but given the opportunity, he will prove them wrong”

Joshua won his first world title fight in 2016 by stopping then-IBF champion Martin, who had walked to the ring dressed as royalty, inside two rounds.

But Martin has quietly rebuilt and, after a career-best knockout win over Gerald Washington, is ranked by the IBF at No 2, behind only Pulev who is the mandatory challenger.

Joshua is expected to defend his IBF, WBA and WBO heavyweight titles against Pulev in December.

“Charles is going to fight by the year’s end in a ‘stay busy’ bout, while we wait to see if Joshua vs Pulev actually goes off in December,” his manager Mike Borao told Sky Sports.

“In the event Joshua vs Pulev doesn’t take place for any reason, Charles will be fit and ready to step in with either fighter and/or fight for a vacated title.

“Charles is the dark horse of the division.

“People in the UK may count him out, but given the opportunity, he will prove them wrong and become two-time heavyweight champion!”

He recently told Sky Sports about a rematch with Joshua: “Praise him all you want but as soon as he left his comfort zone? He got messed up.

“He can’t weather a storm. He just drops.

“He hasn’t proved himself. He wanted to get all the American fans, be the next Mike Tyson, but it didn’t happen.

“If you believed that Joshua could [recover], then you should believe that I can. We’re in the same boat.”