Home Sport ‘PSG trying to convince Neymar, Mbappe to stick with them’ 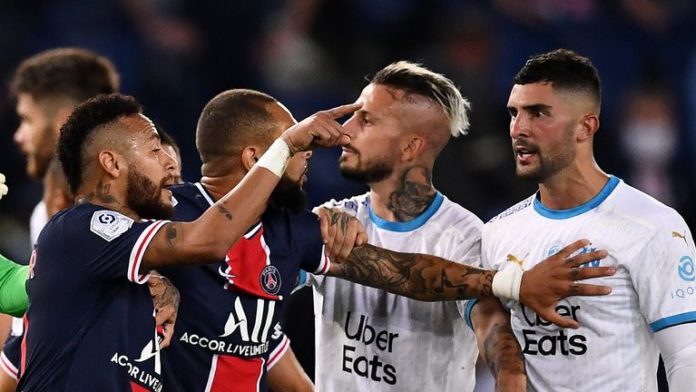 Paris Saint-Germain are working hard to convince Neymar and Kylian Mbappe to stick with them as they pursue Champions League glory, but are struggling to attract star quality, according to French football expert Jonathan Johnson.

Reports on Sunday suggested Mbappe has told PSG he wants to leave at the end of the season to further his career and is targeting a move to Spain or England.

The 21-year-old, who has been linked with a switch to Real Madrid, spoke out before this year’s Champions League final defeat to Bayern Munich regarding his desire to win the competition.

Reacting to those media reports, Johnson told Sky Sports News: “My understanding is that the reporting is very premature.

“PSG are trying to convince the likes of Neymar and Mbappe that they are the club to stick with it. They just reached the Champions League final and have shown progress on the continental stage.

“Mbappe is a key part of their strategy but the player wants to see the club pushing seriously for Champions League success.

“With the current economic situation it is proving difficult for PSG to attract the calibre of star they need to boost their squad.

“There is plenty for PSG and Mbappe to work towards in the next couple of months but the reports he has told them he wants to leave are premature.”

Neymar caused a stir in France last summer after offering to pay £18m of his own money to PSG to facilitate a move away from the club, with Barcelona keen on bringing the forward back to the Nou Camp.

There has been renewed interest from Barca this year, including a potential swap deal involving Antoine Griezmann, but the Spanish side will look to sell their man elsewhere if neither Griezmann nor PSG, who reportedly value Neymar at £135m (€150m), have any interest in such a deal.

Paris Saint-Germain’s Angel Di Maria and Marseille’s Alvaro Gonzalez could be among the players handed significant bans following a brawl during Sunday’s Ligue 1 clash, during which Neymar claimed he was subjected to racist abuse.

A full-scale brawl broke out on the pitch in the last minute of stoppage time, forcing referee Jerome Brisard to send off PSG’s Laywin Kurzawa and Leandro Paredes as well as Marseille’s duo of Dario Benedetto and Jordan Amavi.

Neymar was then also sent off for striking Gonzalez in the back of the head, having had several incidents with the Spanish defender previously in the game.

On leaving the pitch, Neymar was heard by pitchside microphones claiming to one of the match officials he was racially abused on the pitch.

Neymar tweeted after the game, saying his “only regret” was not hitting Marseille defender Gonzalez in the face. Gonzalez strenuously denied the accusation on Twitter, insisting there is “no place for racism” and he has had a “clean career”.

In a separate incident, Di Maria appeared to spit in Gonzalez’s direction.

Johnson told Sky Sports News: “Normally at the midweek mark, say Wednesday evening, the league’s disciplinary committee will meet to discuss the previous week’s matches – this game will be high up the list. They’ll have to look into the five red cards and the spitting incident.

“Assuming they can prove the racist abuse or the spitting, there will be significant punishments handed out. They might not be dished out instantly. Last season it took a number of weeks for a punishment to be handed to down Monaco’s Gelson Mertins [in a similar case].

“Players are looking at lengthy suspensions. If Di Maria is found guilty for spitting for example, it could be around the five-match mark.

“They will look to make a statement, especially if Gonzalez is proven to have made racial slurs in Neymar’s direction. Both clubs are keen to take this seriously if it is proven.”