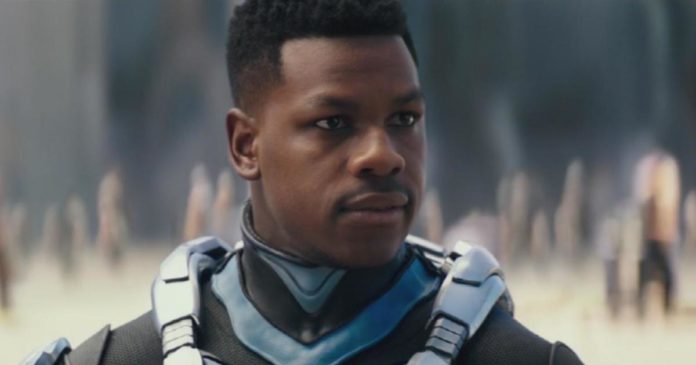 British perfume brand Jo Malone has apologized to Black actor John Boyega of “Star Wars” fame after cutting him out of the Chinese version of a cologne commercial he helped create.

Jo Malone London said in a statement to The Hollywood Reporter that the ad, designed for Chinese audiences, was a misstep and has been removed. The recreated ad replaced Boyega with Chinese star Liu Haoran.

“The concept for the film was based on John’s personal experiences and should not have been replicated,” Jo Malone said.

Boyega and his representatives couldn’t be reached for comment.

The original ad, conceived by and starring Boyega, aired last year and was called “The London Gent.” It features the London-born actor walking around the neighborhood where he grew up and riding a horse in a park. It makes reference to his Nigerian heritage in a scene featuring West African attire.

It’s not the first time Boyega has been deleted from a China-based ad. He played a leading role as Finn in 2015′s “Star Wars: The Force Awakens,” but was removed from a Chinese poster for the movie, along with other nonwhite characters in the film who were either removed or diminished. Finn was a key character who wielded a lightsaber in the first film of the latest sequel trilogy but was edged to the sidelines by the third film.

Storylines in the film played out differently for the characters played by white actors, said Boyega, who has been involved in the Black Lives Matter movement.

The subsequent Star Wars films centered on characters Rey and Kylo Ren who are portrayed by white actors Daisy Ridley and Adam Driver.

Boyega, whose real name is John Adedayo Bamidele Adegboyega, has spoken out about Hollywood racism recently.

“What I would say to Disney is ‘Do not bring out a black character, market them to be much more important in the franchise than they are and then have them pushed to the side,'” he told GQ magazine earlier this month. “It’s not good. I’ll say it straight up.”

The movie’s creators didn’t know how to handle Kelly Marie Tran’s character Rose, according to Boyega, who suggested that Naomi Ackie, the Black British actress who played Jannah; and Guatemalan-born Oscar Isaac, who played Poe, were similarly marginalized.