Home World The Western Wildfire Cataclysm Looks as Bad From Space as on the... 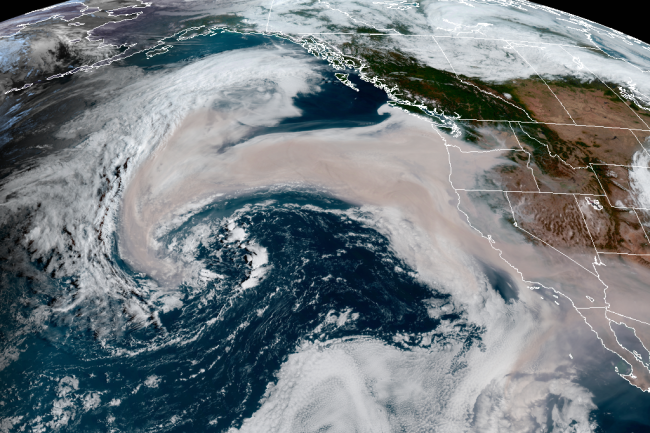 If you’ve seen those daytime photos and videos of San Francisco in dark shadow under a horrific orange sky, you probably know by now that the wildfire cataclysm in the U.S. West is giving the dark imaginings of science fiction writers a run for the money.

The impact of these fires looks like nothing I’ve ever seen in imagery shot from the ground. And as someone who has been using remote sensing for many years to document the impact and scope of wildfires, I have to say that the same is true of the views we’re getting from space.

What I’m seeing in the satellite imagery of the wildfires blazing in the Western United States rivals even that of the widespread and cataclysmic Australian bushfires of 2019 and 2020.

It also bears repeating: Research shows that hotter, drier conditions due to human-caused global warming has led to a significant increase in the amount of land burned by large fires.

Ominously, California’s wildfire season typically gets into high gear right about now, so as bad as things have been, even more devastation could be on the way. And once again, climate change will likely be making things worse. A study published just last month found that it is increasing the likelihood of extreme wildfire conditions across the state during the autumn season.

A Gargantuan Blanket of Smoke

In the weather satellite image above, that mushroom-shaped smoke plume spreading out over the Pacific on Sept. 11 stretches something like 1,300 miles. And by my rough calculation, the entire smokey blanket comes to about 1.4 million square miles.

That’s an area more than a third of the size of the entire United States smothered under a thick blanket of wildfire smoke.

Here’s what that blanket looks in an animation of GOES-17 satellite images:

A couple of days earlier, the smokey blanket was so big and prominent that it was very clearly visible to the DSCOVR spacecraft from its perch a million miles away: 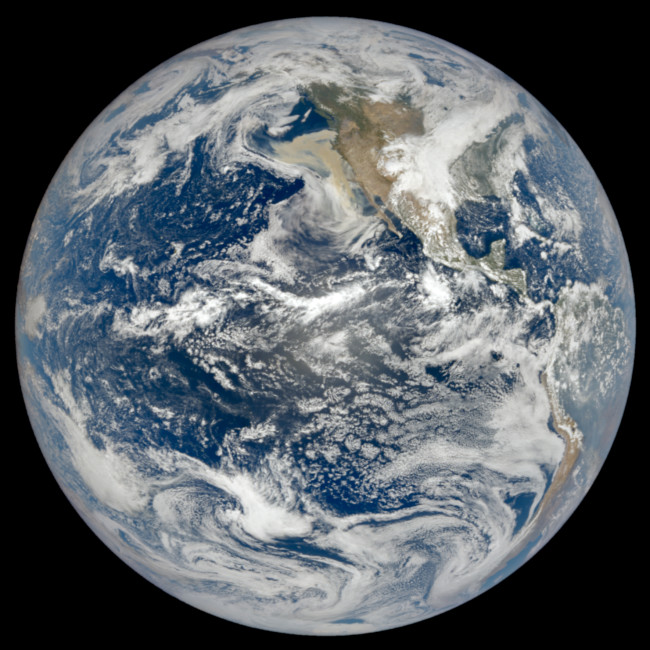 The DSCOVR spacecraft acquired this image showing a massive blanket of smoke spreading out over the Pacific Ocean on Sept. 9, 2020. Compared to mostly white clouds, the smoke is a tan color. (Credit: NASA Earth Observatory)

By contrast, the GOES-17 satellite views Earth from a much closer perch: 22,000 miles away in geostationary orbit. Here’s another one of its views, from Sept. 8:

What looks like flames in the animation are not quite that. That’s the infrared signature of the intense blazes — the heat they are generating. If we were riding on the GOES-17 satellite, we wouldn’t see that, because our eyes aren’t sensitive to infrared. But an instrument on the satellite is.

I’ll leave you with this animation of images from the GOES-16 satellite showing smoke from western U.S. wildfires being blown all the way across the continent — along with two other sources of misery:

In addition to smoke blowing coast-to-coast, two hurricanes are visible swirling in waters offshore in this animation of satellite images. (Credit: RAMMB/CIRA/SLIDER)

The smoke has a faint pink and tan tone to it, in contrast to clouds, which are mostly white. Also note the two tropical cyclones. As I’m writing this on the morning of Sept. 14, the one in the Gulf of Mexico has just strengthened into a hurricane — Hurricane Sally.

The forecast is for the center of Sally to approach southeastern Louisiana tonight, and make landfall on Tuesday or Tuesday night, bringing potentially life-threatening storm surge and flooding.

The other storm is Hurricane Paulette, which passed directly over Bermuda this morning at 6 a.m. EDT.

Note: I’m hoping to follow up with a post about giant fire clouds that have exploded above blazes in the western United States. Stay tuned.