Home Lifestyle Nvidia to buy Arm for up to $40B—here’s what it means for... 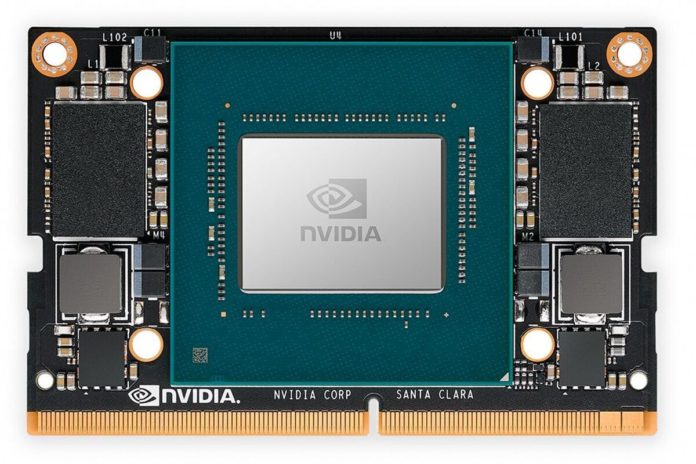 Nvidia just announced that it has reached an agreement with Arm and Softbank (Arm’s current owner) to purchase Arm for a collection of stock and cash that could total up to $40 billion. It’s a huge deal that could shake up the semiconductor industry. Nvidia is the dominant force in high performance graphics and increasingly in AI and machine learning. Arm licenses IP, CPU, and GPU designs to many companies, including nearly every smartphone chip maker.

That includes Apple. Nearly all of Apple’s products now contain Arm-compatible CPUs. The iPhone, iPad, Apple TV, Apple Watch, and HomePod all feature processors that run the Arm instruction set. Modern Macs have the Arm-based T1 or T2 processors in them to perform some tasks, and Apple has publicized its intent to shift away from Intel in favor of Arm-based processors of its own design.

So what does Nvidia buying Arm mean for Apple? In the short term, no product will change because of this. Even over the coming years, we also shouldn’t expect a dramatic shift. Don’t panic! This deal is unlikely to change Apple’s products for the foreseeable future.

First, we should note that just because Nvidia has come to an agreement with Arm and Softbank, this is not a done deal. This is a consolidation between two massive and influential technology companies that will have to clear regulatory hurdles from the UK, European Union, China, and U.S. That could take a while.

Chip design licenses tend to be long term multi-year, multi-product agreements. Even if Nvidia wanted to cut off Apple or other licensees, it would take years to filter through to the products we buy. It’s not clear what Apple’s current Arm IP license agreement looks like, but it almost certainly covers at least the next three or four years’ worth of products.

Arm licenses come in two flavors. A company can license entire CPU core and GPU designs (Arm “Cortex” CPUs and “Mali” GPUs). Many companies do this and incorporate these into their own chips, often with tweaks or modifications. When Apple switched from using Samsung processors to its own brand-new A4 processor in the iPhone 4, it relied on licensing Arm Cortex CPU designs and GPU designs from PowerVR.

One can also license the Arm instruction set and design a compatible CPU from scratch. Apple has been doing this for years; the A6 processor in the iPhone 5 was the first with an Apple-designed CPU, and since then, the company has never gone back to licensed CPU designs.

Nvidia CEO Jensen Huang has publicly stated that Nvidia would keep the Arm business unit separate from Nvidia’s graphics unit, and continue Arm’s open licensing arrangements. Regulatory bodies would almost certainly insist on it, as billions of smartphones around the world rely on Arm IP.

As long as Arm continues to license its instruction set IP under Nvidia, nothing would really change for Apple.

If there are any significant changes, they’re likely to take hold years from now. Huang has said he intends to make some of Nvidia’s graphics and machine learning IP available to license together with Arm’s current offerings. Future smartphones or tablets from Qualcomm or Samsung or Huawei could very well have Arm-based CPUs together with GPU and ML technology from Nvidia.

Apple is already shipping products with GPUs and machine-learning hardware of its own design. Macs rely on Intel GPUs integrated into processors or discrete AMD GPUs, but both of those will fade away over the next couple years as Apple switches the Mac lineup to its own silicon.

If necessary, Apple could conceivably change its silicon to operate on an instruction set of its own design. It would be a pain and require developers to recompile their apps, but Apple’s insular ecosystem makes it a lot easier to do this than other smartphone and PC manufacturers. Apple doesn’t have to worry about compatibility with a broad Windows or Android ecosystem from many manufacturers. It controls the “full stack.” Apple has only to worry about Apple.

One possible long-term scenario is that a combined Nvidia/Arm company is able to produce products that more effectively compete with Apple’s. If the performance and features of licensed CPU and GPU cores is a lot better, and they target the sort of laptops and desktops that are currently dominated by Intel and AMD, then Apple may not have the significant advantage it does today.

But such a scenario wouldn’t necessarily change Apple’s plans. It’s already years ahead a hypothetical Arm/Nvidia takeover of Windows laptops and desktops. If Arm chips, bolstered by Nvidia GPU technology and licensing, start producing Windows laptops with great performance and killer battery life as soon as, say, 2024, Apple will already be several years down the Arm-based-computers road.

In short, the purchase of Arm by Nvidia is less likely to have a material impact on Apple and its products than on Apple’s rivals in the smartphone, PC, and wearables markets. Even then, we’re years away from any significant disruption.