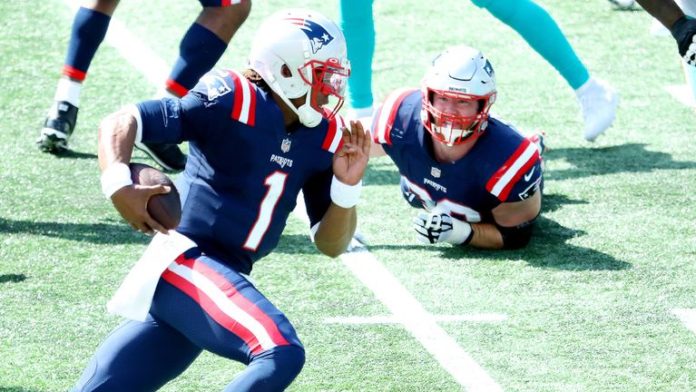 Ben Roethlisberger returned to the Pittsburgh starting line-up, and JuJu Smith-Schuster was back to form as the Steelers chalked up a 26-16 Week One victory over the New York Giants.

Roethlisberger had been out since suffering a major injury to his throwing elbow in Week Two of last season and, having flip-flopped between Devlin Hodges and Mason Rudolph last year, the Steelers will hope to be playoff contenders under their veteran quarterback.

The 38-year-old completed 21 of 32 passes for 229 yards and three touchdowns – two to Smith-Schuster and one to James Washington – while the impressive Steelers defense came up trumps too.

Bud Dupree forced a key interception in the third quarter for the Steelers, who had Benny Snell Jr rush for a career-high 113 yards on 19 carries.

There were encouraging signs for new Giants head coach Joe Judge as second-year quarterback Daniel Jones mixed the good and the bad in a performance that saw him throw two touchdowns and two interceptions.

TJ Watt and Cameron Heyward had interceptions for the Steelers, who were also able to keep Giants star running back Saquon Barkley limited to just six yards on 15 carries, but he did total six receptions for 60 yards.

New York trailed 16-10 in the third quarter when they embarked on a 19-yard, 87-yard excursion to reach the Pittsburgh four-yard line. But the Giants came up empty as a charging Dupree hit Jones’ hand as he threw, and the ensuing second-down lob was up for grabs with Heyward catching the ball for an interception in the end zone for a touchback with just over three minutes left.

Pittsburgh responded by driving 62 yards on nine plays with Chris Boswell booting a 36-yard field goal to make it a nine-point margin before Roethlisberger and Smith-Schuster linked up for the second time and the decisive score.

Jones threw a seven-yard scoring pass to Slayton with 1:52 left, but the ensuing two-point conversion pass was incomplete and Pittsburgh recovered the onside kick and ran out the clock.