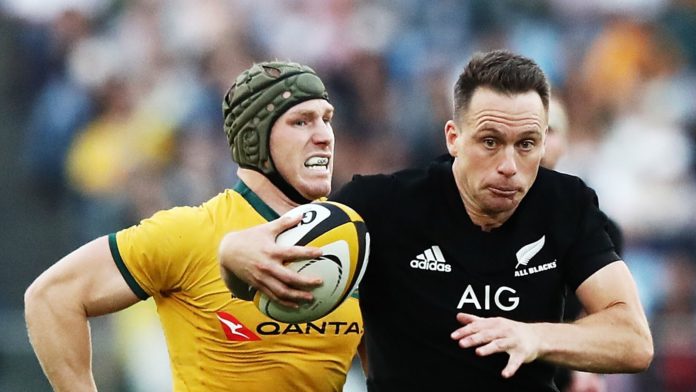 The Bledisloe Cup series between New Zealand and Australia will kick off in Wellington on October 11 with the second match in Auckland a week later.

The tests will be the first involving traditional rugby powers since the northern hemisphere’s Six Nations was halted in March due to the COVID-19 pandemic.

The third and fourth matches of the Bledisloe Cup, the annual series involving the trans-Tasman neighbours, will double as games in the four-nation Rugby Championship, which was awarded to Australia last week and begins in November.

“We’re delighted to lock in the dates and venues for the two home matches against Australia and look forward to seeing the Bledisloe Cup go on the line next month,” NZR chief executive Mark Robinson said in a statement.

“We acknowledge that this has been a complex and challenging puzzle to solve and we’re grateful that both rugby organisations, together with our government, have come together to get these matches across the line.”

New Zealand’s strict quarantine restrictions had been a sticking point for the Wallabies, with coach Dave Rennie saying his side would refuse to play a Bledisloe Cup test before October 17 as they would not have enough time to prepare.

Ardern told local radio earlier on Tuesday she had spoken to Morrison to clear the air and said New Zealand would ease the quarantine conditions.

Under new guidelines, the Wallabies would be able to train fully as a squad four days after arriving in the country if they returned no positive tests for COVID-19 by day three, NZR said.

“Dave (Rennie) and the team are incredibly excited about the prospect of playing in New Zealand,” he said.