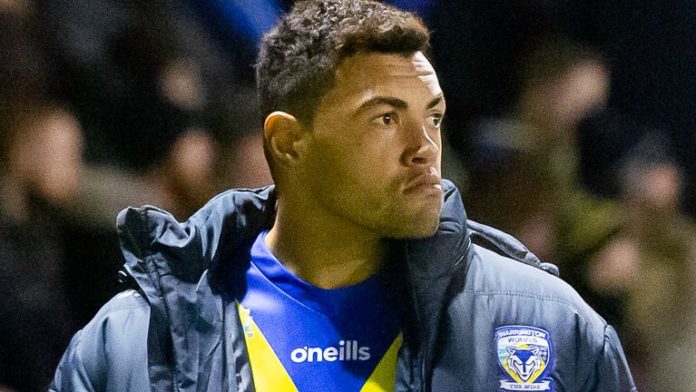 Luther Burrell says he would be open to staying in rugby league if the right club approached him, but admits a return to union with Sale Sharks would be his ideal move.

Burrell’s Warrington Wolves contract was terminated by mutual consent on Sunday, with the 32-year-old expected to return to rugby union.

The 32-year-old switched codes in June 2019, leaving Northampton Saints for the Wolves, but managed just eight appearances for them.

While the former union star has voiced his desire to return to the 15-man code, he did admit he would not rule out remaining in league if the right opportunity surfaced.

“I’ve spoken loudly about my aim to go back to rugby union, but if the right club in Super League was to approach me, I would be open to the conversation,” Burrell told Sky Sports.

“But at the moment, I just see myself adding more value, and I would be less of a risk sort of player if I was to play rugby union again, because my career has spoken for itself.”

Burrell started his career as a junior playing rugby league for the Huddersfield Giants, before switching to union and making his name as a centre at Leeds Carnegie, Sale Sharks and Northampton Saints – going on to win 15 caps for England between 2014 and 2019.

When asked if the England international had regrets, he did not miss a beat.

“Absolutely not. No. I never look at a situation like that.

“There might be a bit of adversity at the moment, but that’s my career. It adds to my journey, it adds to my path.

“If anything it’s made me hungry. I’ve learned a lot from the game. I have watched closely with Hendo (Andrew Henderson), Briersy (Lee Briers), I’ve picked up a lot from the players and how they play.

“I’ll take a lot with me. It can only benefit me moving forward, no regrets whatsoever.”

Burrell is confident the time spent in rugby league will make him return to union an even better player.

“Defensively, I’ve done a lot of wrestling over the past 18 months, I feel like I could go into WWE and start a new career. These things can only benefit me moving forward.”

Burrell is yet to begin conversations with other clubs in either code, but he knows where he would like to end up.

“What would be ideal would be Sale Sharks because they are on my door step, and it just makes sense.

“I’d love to go and play in Paris, I’d love to play for Racing Metro, Stade Francais. That would be amazing.

“So if they catch this interview, I’m available guys, pick me.”