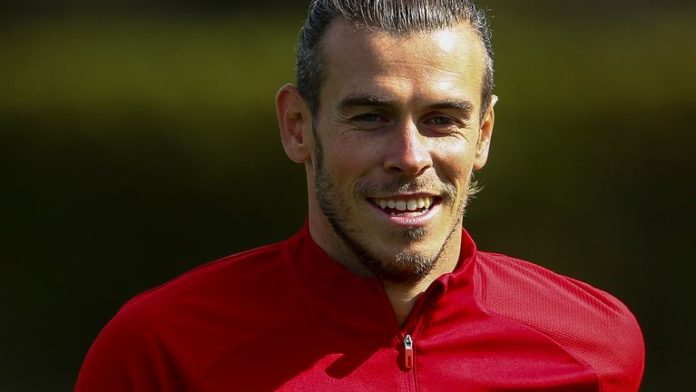 Gareth Bale’s advisers are talking to Tottenham about a potential loan move from Real Madrid.

Is is understood Bale would like to return to Spurs – where he spent six seasons between 2007 and 2013 – if a deal can be agreed with Real Madrid.

Bale’s representatives are also speaking to other Premier League clubs, but Real Madrid have not agreed a deal with anyone.

Manchester United may turn to Bale should they be unsuccessful in their pursuit of Jadon Sancho, and the likelihood of the 31-year-old returning to play in England is now looking much more realistic.

Bale told Sky Sports News earlier this month he would consider a move to the Premier League if Real Madrid let him leave and is open to joining United on loan or in a permanent move.

Tottenham are also in talks with Real Madrid over a deal to sign left-back Sergio Reguilon, while Eintracht Frankfurt striker Bas Dost is among a number of options the club are looking into to improve their attack.

Jose Mourinho said before the season opener against Everton, which Spurs lost 1-0, that he “needs a striker”.

Mourinho has spent in the region of £30m on the signings of free agent goalkeeper Joe Hart, right-back Matt Doherty from Wolves and midfielder Pierre-Emile Hojbjerg from Southampton this summer, but so far back up for Kane has proved elusive.

The question that a lot of Tottenham supporters have been asking over the years, is there a possibility that Gareth Bale could return to Spurs?

I think that is possible. It depends how much they want him, it depends how much they show him and his representatives that they want him, and of course, the most important factor is his wages. Can Spurs afford to pay his wages, even if they are subsidised? Even if Real Madrid are paying half his wages, would a club like Spurs want to be paying £250,000 to £300,000-a-week for a 31-year-old player?

As far as Bale is concerned, Real Madrid have pressed the delete button. As far as they are concerned, he doesn’t exist anymore.

The Spanish media are reporting that his shirt has been removed from the Real Madrid club shop in Madrid. There are no pictures or footage of him on their social media feeds. He’s obviously not training at the moment. He returned from international duty with a knee injury so he’s on his own in the gym at Real Madrid.

Real are basically sending out the message – a message that was already pretty clear anyway because Zinedine Zidane wasn’t picking him – that he does not have a future at the club. They want him to leave, they want to get his massive wages, which are between £500,00 and £600,000-a-week, off their books.