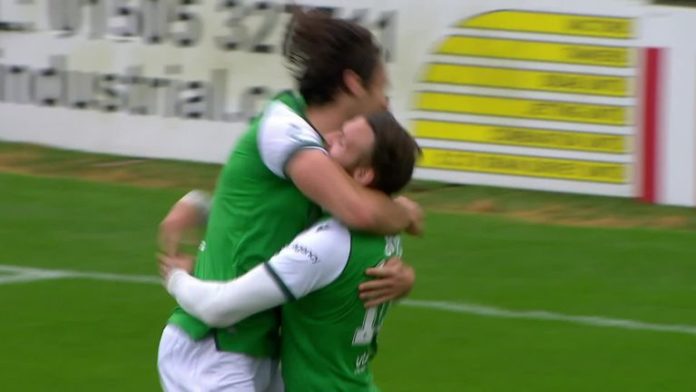 Scottish football was again at the forefront of controversy last week when St Mirren were refused permission by the SPFL to postpone their home game against Hibernian, despite having all three goalkeepers on their books unavailable due to coronavirus.

In a pretty unique and extraordinary set of circumstances, first and second-choice goalkeepers Jak Alnwick and Dean Lyness tested positive for Covid-19 and the third-choice ‘keeper, Peter Urminsky, was also excluded as a precaution given how close he works on a daily basis to his infected team-mates.

St Mirren boss Jim Goodwin was quickly thrown into the bizarre position of preparing for a vital Premiership game without a player in a specialised position and he was unambiguous as to what should happen, the game had to be called off.

The bewildered Saints boss explained: “We would have been the laughing stock of world football if we had a Premiership team putting an outfield player in goals for a competitive game. It would’ve been ridiculous and I was flabbergasted at the decision. I don’t think any of us expected to be forced to play the game”.

I agree with Jim on that score, it would be absurd to see an outfield player in goal and make a mockery of the league but thankfully, St Mirren were able to adjust.

Admittedly, it was late on Friday night before Hearts goalkeeper Bobby Zlamal was able to sign on an emergency loan but when he did, it was the right decision to let the game go ahead.

Everyone at St Mirren feels hard done by, given that Aberdeen had two games called off early in the season after eight players broke the coronavirus guidelines when they went to a city centre pub.

Celtic also had two games called off after it emerged left-back Boli Bolingoli visited Spain and returned without telling anyone and failing to isolate for 14 days.

Crucially, these games were called off on the insistence of the Scottish government. Scottish football should be able to police itself and be consistent in their application of the rules.

Former St Mirren chairman Stewart Gilmour was wrong when he said that if the same set of circumstances happened in the build-up to a Celtic vs Rangers game, the match would definitely be postponed.

“If you believe it would have taken place, then I think you believe in the tooth fairy,” said the ex-St Mirren chief.

I know it was a long time ago, but I remember goalkeeper Tony Warner signing a short-term deal for Celtic when Jonathon Gould and Stewart Kerr were both injured. Warner made a name for himself as he famously played his part in a 5-1 victory for Celtic over Rangers in 1998.

Unlike last season when the league was called off early, if this season is to have the best chance of finishing with everyone playing their allocated games, there’s very little room for manoeuvre in the fixture calendar. Quite simply, we can’t postpone games every time there’s a positive test for a few players.

The harsh reality is that this is a very unpredictable virus. It’s inevitable that players will test positive again this season and miss games. Every club is likely to be affected at some point.

Even this coming weekend, we already know three un-named players from Hamilton will have to miss the game against Kilmarnock at Rugby Park after testing positive. Lee Hodson is already missing as he is a flatmate of Jak Alnwick. It’s right that this game goes ahead too.

Players live in a bio-secure bubble on a matchday but like the rest of society, they have children at school, wives and partners who work, they have to shop, eat, or possibly visit a place of worship; simple everyday tasks but doing anything outside of the strict protocols in place at their clubs means there’s an increased chance of being infected.

Paris Saint-Germain could only field 4 players who started their 1-0 defeat from Bayern Munich in last month’s Champions League final in their opening league game of the season to Lens.

Kylian Mbappe and Neymar were among several players who tested positive for coronavirus and all were missing as the French champions surprisingly lost 1-0 but the game went ahead.

I think there must come a point when we have to learn to live with the virus and do the best we can in football – if the season is to be completed.