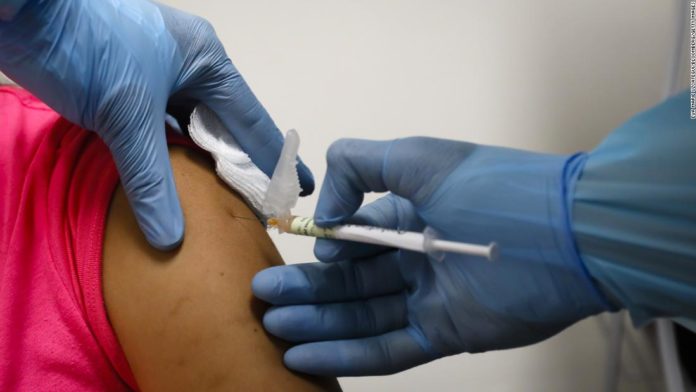 A version of this story first appeared in CNN Business’ Before the Bell newsletter. Not a subscriber? You can sign up right here.
That doesn’t mean, however, that investors are worry-free. In recent days, strategists at top banks including Citigroup and JPMorgan have pointed to dark clouds on the horizon, noting that some may need to dissipate before riskier assets like stocks can move much higher.
“The Street generally dislikes uncertainty and therefore we sense a desire from fund managers to get a better ‘feel’ for these items before committing to equities for next year,” Tobias Levkovich, Citi’s chief US equity strategist, said in a recent research note.
On the list: Levkovich pointed to four main issues investors want resolved.
On that last item, Levkovich notes that US households’ ownership of stocks as a percentage of financial assets is near 50-year highs, and that foreign investors are already very exposed. While mergers and “blank check” acquisition companies could scoop up some stocks that have fallen out of favor, “it is hard to identify the new source of money that can drive up share prices presently,” Levkovich said.
JPMorgan’s John Normand, meanwhile, reminded clients on Friday that the size of Big Tech firms compared to the overall market means any weakness in tech stocks poses an enormous risk, even after the dramatic correction that occurred last week.
See here: Apple (AAPL) shares have dropped 14% since reaching an all-time at the beginning of the month. But at $1.97 trillion, the company’s market value remains close to that of the entire FTSE 100 index in London.
JPMorgan sees the election and the US fiscal debate as major headwinds, too. Looking abroad, the bank is also watching Brexit negotiations, the path of the virus in Europe, as cases spike in countries like France, and the relationship between OPEC and key allies.
“It will be difficult for markets to retain much upward momentum until these issues clear,” Normand said.

The coronavirus pandemic has pushed the world’s economies into historic slumps. But China is bucking the trend, my CNN Business colleague Laura He reports.
The world’s second largest economy has been in recovery mode for months. Now, consumers are starting to spend more, pushing retail sales up to nearly 3.4 trillion yuan ($495 billion) in August, a 0.5% increase over the previous year.
Big picture: While small, the gain marks the first time sales have increased in 2020.
“The job market has stabilized, and travel restrictions have loosened,” Fu Linghui, a spokesman for National Bureau of Statistics, said at a press conference on Tuesday. “People are more willing to come out and spend.”
Remember: China is an outlier. The world’s top developed economies — Canada, France, Germany, Italy, Japan, the United Kingdom and the United States — all shrank dramatically in the first half of 2020.
China was the only country for which the International Monetary Fund projected growth this year in its June forecast. It’s expected to eke out a 1% increase.
The country still faces challenges. The unemployment rate, at 5.6% in August, remains higher than historic levels, and Beijing’s data does not include people in rural communities or a large portion of hundreds of millions of migrant workers.
But investors are showing more confidence in the country’s trajectory. The benchmark Shanghai Composite is up nearly 24% from its low point in March, and on Tuesday, the yuan hit its highest level against the dollar in 16 months.

Why JPMorgan is sending employees back to work

JPMorgan Chase (JPM), the largest US bank, is calling senior sales and trading staff back to the office after months of remote work.
A person familiar with the plans said the decision was important for training, especially with a new analyst class joining the company.
But the bank is also increasingly concerned about productivity. In a recent sit-down with analysts at Keefe, Bruyette & Woods, CEO Jamie Dimon said the company has observed a drop in productivity levels, most notably on Mondays and Fridays. He also said the “WFH lifestyle seems to have impacted younger employees,” according to KBW’s note on the meeting.
Heading into the fall, employers are faced with a tough decision: Do they recall workers who have been stuck at home for six months, or leave offices vacant as the virus outlook remains concerning?
Watch this space: Finance professionals are starting to join other service workers back on the job in person, but it’s not clear how long any changes will remain in place.
On the radar: Dimon also spoke about the state of the economic recovery, and warned of ongoing risks.
“He expressed caution given the elevated level of uncertainty that remains and noted the recovery could easily be derailed by a lack of more stimulus, the election, and a second wave of infections,” KBW’s analysts said.
FedEx (FDX) reports earnings after US markets close.
Also today: US industrial production data for August posts at 9:15 a.m. ET.
Coming tomorrow: The Federal Reserve holds its last meeting before the November election.