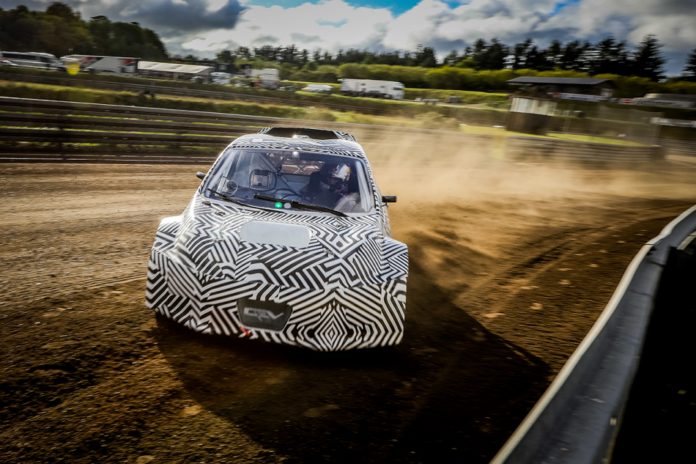 The inaugural season of the FIA eRX2 Championship – the first-ever FIA electric rallycross championship – will see up to 20 of rallycross’ young drivers racing wheel-to-wheel for the honour of being crowned the discipline’s first electric champion.

Preparations are continuing apace ahead of eRX2’s debut next year. Testing is well underway, and a full grid of 20 cars is scheduled to be built between now and the first race.

Joining the FIA World Rallycross Championship undercard for six events – with the calendar to be released in due course – the eRX2 car will mark a significant step forward in both power (+24%) and torque (+14%) compared to the existing Supercar Lites car, further bridging the gap to the headlining Supercar class. The drivetrain of the eRX2 cars will run at more 12,000rpm.

The emphasis will be placed on ability behind the wheel as – in a first for rallycross – drivers will have three key parameters to adjust before and between races, injecting an extra element of skill.

From inside the cockpit, competitors will be able to manually adjust the amount of torque produced by the front and rear motors, the total torque deployed by all four wheels during the launch and the degree of regenerative braking on the front and rear axles.

The total cost to enter a full season of eRX2 is between €150,000 and €160,000, which includes the provision of one mechanic per car – trained in electro-mobility by sector specialist QEV Technologies – and a comprehensive engineering service, composed of one chassis engineer and one electric engineer for every four cars.

Charging, tyres and other consumables such as brake pads are included in the full-season cost. Hospitality will also form part of the package, as will regular educational workshops on electric technology. The cost to enter a single event is €30,000.