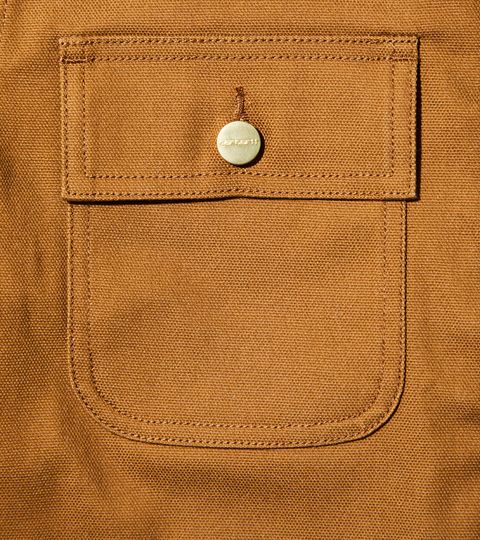 Welcome to The Esquire Endorsement. Heavily researched. Thoroughly vetted. These picks are the best way to spend your hard-earned cash.

I’m going to stop you right there. I know what you’re thinking. What, another chore coat? How much is there left to say about these things? I feel you, guy. No worries. By now you’re more-than familiar with the style, so I’m going to take the liberty of skipping the impromptu history lesson and cut to the chase. You’re a busy man. You appreciate brevity, don’t you?

If you’re sick and tired of hearing us go on and on about the style you’re in luck. This is the last time I’ll speak on it for a while. Because no, this isn’t another chore coat. This is the chore coat. The end-all, be-all of the style. Carhartt Work in Progress’ blanket-lined take on a silhouette the brand’s been making in one form or another for pretty much ever, is one of the strongest contenders I’ve seen for the best damn version out there, and has been for a long, long time.

And if you’re still somehow on the fence about copping a chore coat for yourself, it seems only right that it be the style that finally convinces you take the plunge. So come on in, pal. The water’s fine.

Carhartt WIP’s Michigan chore coat comes in a shade of brown damn near synonymous with the brand.

It’s sturdy as all hell.

If I had to pick a handful of essentials to arm myself with in surviving the apocalypse (no, not the one we’re living through now), at the very top of my list would be almost anything made out of Carhartt’s signature duck canvas. Durable doesn’t even begin to describe it. This shit can take a beating, and then some. Sure, there’s a whole lot of doomsday preppers out there who probably swear by this or that technical fabric but if I was a betting man my money’d be on the Carhartt to make it out intact, every single time.

There’s a reason Carhartt’s been the preferred brand of construction workers and other manual laborers (the sort of people politicians rousingly hail as “the backbone of this country” only to routinely forgot about as soon as it comes to, y’know, putting into place policies that actually account for their wellbeing) since it was founded. Even if the only manual labor you do involves schlepping your bike up a few flight of stairs every now and then, you can still appreciate the coat’s superior craftsmanship without feeling like you’re cosplaying as an off-duty contractor—and then maybe think long and hard on who you’re going to vote for this November. 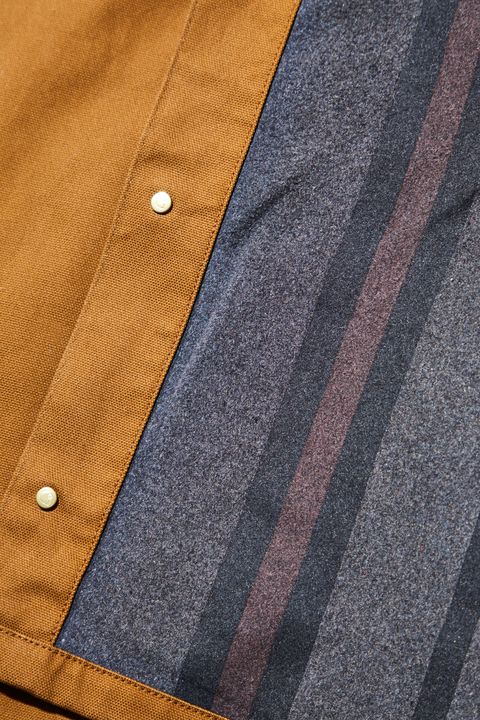 It’s an all-season style you can (really!) wear year-round.

It’s not easy to craft a piece of outerwear that you can plausibly throw on at some point during each season, but I’ll be damned if Carhartt didn’t do it. The brand’s chore coat is thin enough to generally be considered a lightweight layer (even among the most ardent enthusiasts of the genre, of which, believe me, there are many), but heavy-duty enough to toss over a trusty hoodie any crisp autumn day and still keep you more than comfortable, sub-arctic temperatures aside. In other words, it’s the transitional layer you need right now, made all the better by a blanket-lined interior that adds insulation in spades without veering into full-on “winter coat” territory. 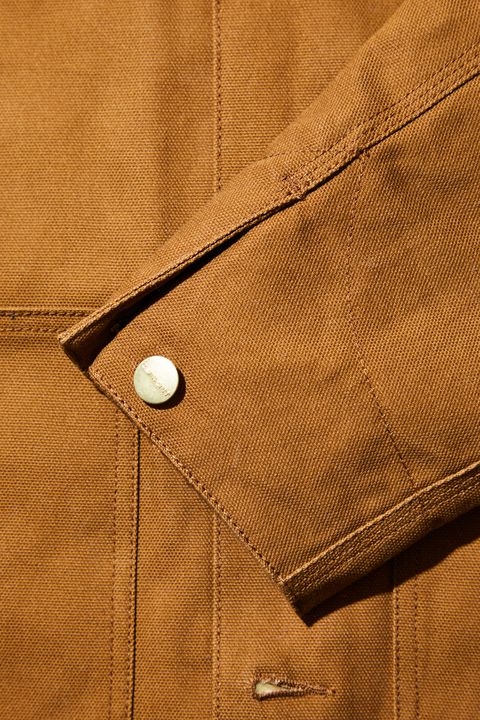 It’s guaranteed to age a whole lot better than you.

Listen, there are certain things that just get better with age. A jacket made out of 12-ounce cotton (count ’em!) is one of them. Carhartt’s trademark chore coat might feel super-stiff straight out of the box but it breaks in beautifully, each sign of wear a hard-earned memento from long hours spent dutifully committed to softening-up your latest cop. Death and taxes ain’t the only two certainties in life, because long after the IRS has come to claim what’s theirs and old Father Time has come to claim what’s his, some lucky kid will go snooping around grandpa’s closet and come across a beloved chore coat—all the better for its wear—and the whole cycle will start all over again. (Assuming, of course, you don’t insist on wearing the damn thing to the casket.)

Gentleman, I rest my case. I’m guessing there’s no further deliberation needed? Enough with the chore coat talk. We should get the hell out of here. Life’s short and let’s face it: We’ve all got better shit to do.