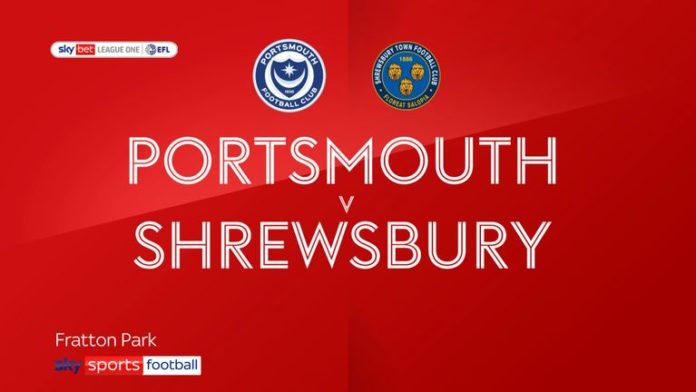 Watch Brighton vs Portsmouth on Thursday; Luton vs Manchester United and Lincoln vs Liverpool among live Sky Sports third-round ties

Four third-round ties have been chosen for broadcast live on Sky Sports:

Brighton will be without Adam Lallana after the former Liverpool midfielder picked up an injury on his debut earlier this week. Pascal Gross may be used as the Englishman’s replacement while Joel Veltman is in line to make his debut in defence. Ben White will also miss the game after hobbling off in the 3-1 defeat to Chelsea but Jason Steele, Dale Stephens and Aaron Connolly are in line to feature.

Michael Jacobs is expected to make his Portsmouth debut having arrived on a free transfer and Kenny Jackett could shuffle his pack after the weekend’s stalemate with Shrewsbury. Andrew Cannon, Ryan Williams and Ben Close could all come into the side after making appearances as substitutes on Saturday.

How to follow and watch highlights: Brighton vs Portsmouth will be live on Sky Sports Main Event and Sky SportsFootball from 7.30pm; kick-off is at 7.45pm. Sky Sports customers can watch in-game clips in the live match blog on the Sky Sports website and app. Highlights will also be published on the Sky Sports digital platforms and the Sky Sports Football YouTube channel shortly after the final whistle.

Stat of the match: Brighton have won each of their last three meetings with Portsmouth in all competitions, though this is the first time they’ve faced them since a 2-0 win in March 2012.

Burnley manager Sean Dyche has confirmed that Ben Mee, Jack Cork and Ashley Barnes will all be sidelined for Thursday’s Carabao Cup fixture. Dyche has 15 fully-fit outfield players to choose from so a strong starting line-up can be expected as the Clarets build up fitness ahead of their opening Premier League game against Leicester.

Sheffield United boss Chris Wilder is likely to give minutes to several new signings. The Blades boss has already said Oliver Burke will feature, while Jayden Fogle, Max Lowe and Ethan Ampadu should also be involved.

Stat of the match: Burnley have lost just one of their last seven meetings with Sheffield United in all competitions (W4 D2), going down 0-3 at Bramall Lane in last season’s Premier League.

Wolves could hand club-record signing Fabio Silva his debut in attack, accompanied by Portuguese compatriot Vitinha. Nuno Espirito Santo could also hand an outing to Leonardo Campana, who has been at Molineux since January without making an appearance.

Stat of the match: Stoke have won four of their last five meetings with Wolves in all competitions, though they did lose the last time the sides met in January 2017 (0-2 in the FA Cup).

Third-round ties are to be played the week commencing September 21:

UEFA’s third-tier tournament starts next season, with the Carabao Cup winners to enter at the play-off stage. Matches will be played on Thursdays.

If the Carabao Cup winners qualify for Europe through their Premier League position instead, then the sixth-placed team in the Premier League – or seventh place if the FA Cup is also won by a top-six team – will go into the UECL play-offs.

There will still be at four English teams in the Champions League and two in the Europa League.