Home World Will an Apple One subscription save you money? We break it down 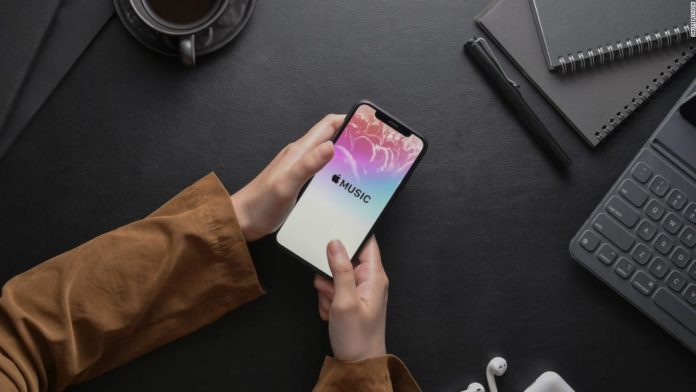 The new Apple One bundles could be a great value for some customers and keep them tethered to Apple’s services, analysts told CNN Business. It could also be a sign that some of these individual subscriptions didn’t draw enough consumer attention on their own. Apple has not shared how well services such as Arcade and TV+ have performed.
“Apple is unrelentingly moving forward with its drive towards higher services revenue as part of its overall earnings,” said Joost van Dreunen, founder of video game investment firm New Breukelen. “Apple’s individual subscriptions weren’t performing as well as Apple had planned… Apple would rather just bundle all of it.”
The subscription service comes in three tiers. The cost of an Individual plan is $14.95, which gets you Apple Music, Apple Arcade, Apple TV+ and 50GB of iCloud storage. A family plan goes for $19.95, which allows those services to be shared with up to six family members and gets you 200GB of storage. Finally, the Premier tier for $29.95 a month includes all those services plus News and Fitness (more on this below) subscriptions. It also bumps up the storage to 2TB. (Prices vary internationally.)
Let’s break down how much consumers save.
In the US, Apple Music costs $4.99 per month for students, $9.99 for individuals and $14.99 for families. Apple Arcade is $4.99 a month and can be shared among family members. Apple TV+ is $4.99 a month. It can be shared among a family. Cloud storage of 50GB costs $0.99, while 200GB costs $2.99 and 2TB goes for $9.99.
News+ costs $9.99 a month, as does Apple’s new Fitness+ subscription for workout classes.
Put that all together, and the individual tier of Apple One services is valued at approximately $21, saving a user around $6 when paying for the bundle. The family tier is valued at around $28, saving you $8 with Apple One.
Finally, with the most expensive Apple One bundle, you’re getting about $55 worth of Apple services, for a savings of $25.
Apple is offering the new service on a 30-day free trial for any services that customers do not already have. For example, if you have Apple Music but not Apple TV+ or Apple Arcade then you get a trial of the other two when you switch to Apple One.
Of course there’s only value if a person wants and uses all these services, ultimately renewing year after year. A number of them are new enough that they’ll need a lot more content to prove their worth.
Brad Gastwirth, chief technology strategist at Wedbush Securities, said that, of Apple’s many subscriptions, TV+ is one that will benefit from being included in a bundle with some of the tech giant’s popular services, like Apple Music. The year-old Apple Arcade service could as well.
“TV’s still up in the air on how that will perform in the future. There’s certainly an opportunity but that’s one that they want to convert,” he said. “It’s unclear at this juncture if [Apple Arcade] will really be a major success or not. The casual gamer has certain apps they use and the hardcore gamer has different platforms.”
Analysts are bullish on the bundling approach and suggest it could be highly effective and simplify Apple’s various offerings.
“It will be much easier for Apple to grow the user bases of Apple Arcade, TV+, News+, and Fitness+ through bundling as opposed to the costs involved in convincing a single user to subscribe to each of those services individually,” Alex Malafeev, CEO of analytics firm Sensor Tower, told CNN Business.
Van Dreunen, the investment firm founder, was more ambivalent. “Do I need Apple News? No. Will I occasionally look at it if it’s part of a bundle? Maybe,” he said. “Will it prevent me from subscribing to, say, another news service? Probably.”