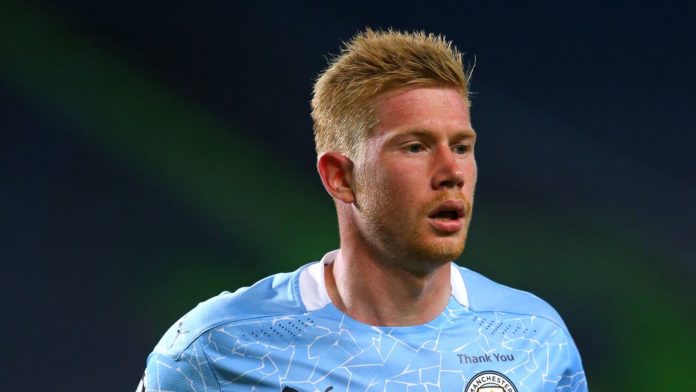 Aside from this, Marcal and Jack Grealish are worthy options to consider

All eyes are on Manchester City and Manchester United, who play their first Premier League games of the campaign, but it is worth recruiting the services of any of their players?

Kevin De Bruyne, £11.5m, is the most expensive player from midfield and rather fittingly accrued more points than any other player in the game last season.

Bruno Fernandes comes in at £10.9m and was in the points himself after signing with Manchester United, tallying 129 (more than any other player up until the end of the term).

Their percentage selections emphasise the above points, currently standing at 45.49 and 30.59 per cent respectively. De Bruyne’s percentage is most probably higher due to the fact that Manchester City play their first game on Monday Night Football against Wolves, with the only other game of choice being Aston Villa against Sheffield United.

This creates the perfect captaincy choice for this game day, and fear not if you do not currently have the Belgian in your side, we have just the recipe.

One of the quirks of Sky Sports Fantasy Football is the fact you can allow players to play on a particular day and rack up their points, before transferring them out for another player to perform the following day, allowing managers to pick up the maximum points they wish for.

De Bruyne does provide the better option of the two, but even Marcus Rashford or Antony Martial could be tempting considering Man Utd’s first three fixtures before you are allowed to make unlimited changes for a set period of time (Overhaul): Crystal Palace, Tottenham and Brighton.

Bringing one of these stars in does come at a cost. You must budget accordingly, but secondly it does mean that you may eat into the first of your 40 transfers, which will remain at that number until the end of the campaign. The Overhaul comes into play after Gameweek 4, so there are no need to panic or rush with your transfers just yet. In a short time you can utilise as many as you like.

As you well know, it would be pretty impossible to fill your Fantasy Football XI with players from both Manchester City and Manchester United, but there are options elsewhere, believe it or not.

Marcal got off to a perfect start in a Wolves shirt, contributing to his side’s clean sheet in their 2-0 away victory at Sheffield United. As mentioned previously, you do not have to make any changes before the Overhaul, but the right-back does provide a decent captaincy option for the game on Monday night.

After the clash against Manchester City, Wolves face four winnable fixtures in West Ham, Fulham, Leeds and Newcastle, either side of the Overhaul period, proving a potential cheap pick at just £6.3m for both short and long-term planning. His price is by far the cheaper from any of the Wolves backline.

It has been quite the week for Jack Grealish. From earning his first England cap, to signing a new five-year contract and scoring against Burton in the same day, Grealish was a surprise announcement to most Villa fans.

What this does give the capacity for him to do is really kick on, perfect for Fantasy Football managers. He will begin his Premier League season against Sheffield United, also on Monday Night Football, which could mean another captaincy choice may be needed to make.