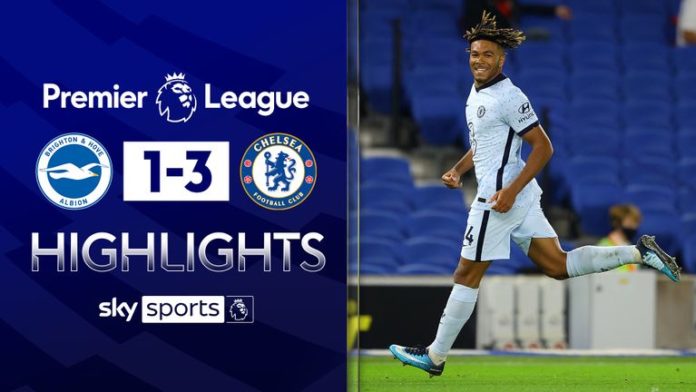 Kai Havertz insists his high price tag does not put him under more pressure at Chelsea, but admits he needs time to adapt to Premier League football.

The 21-year-old attacking midfielder arrived at Stamford Bridge from Bayer Leverkusen earlier this month for a fee of £75.8m (€85m), before making his debut in Chelsea’s 3-1 win at Brighton on Monday.

Havertz – who is currently the most expensive of Chelsea’s seven summer recruits – admitted he was not at his best after the match, but believes he needs time to adjust to his new surroundings.

“Of course, it’s a big price tag, but I think in football today it is normal to pay these prices,” he said during a press conference on Thursday.

“For me, I will not put a lot of pressure on myself because I think I have not done the worst thing in the past for the price tag to be that high, so I’m just trying to focus on my football, to try and play my best football at Chelsea and not to put that pressure on myself.

“I think I’ve settled in very well. Of course, Chelsea is a very big club and for me it’s a big step to come to another country, another culture, another language, it’s very different than before and of course that needs some days, some weeks to adapt.

“It needs a little bit of time to adapt to the league. It’s very different to Germany but I’m looking forward to it.”

Havertz: No 10 my best position

Havertz attracted interest from some of the biggest clubs in Europe before signing for Chelsea, having scored an impressive 36 goals and 25 assists for Leverkusen in 118 Bundesliga appearances.

His versatility in the final third is one of his many strengths, but his ability to operate in the No 10 role is his preferred position.

“I think I played every offensive position at Leverkusen. I played as a right winger, as a No 10, as a No 6, No 8, sometimes as a striker as well,” he said.

“For me it’s very important to have that flexibility on the pitch and to be creative. For me, my best position is as a No 10, but of course I can play on the right side as well or as a striker. To be honest, I’m happy to stay on the pitch and I think I’m flexible.”

‘Lampard can improve me’

Havertz’s ability to score goals from midfield has drawn a host of similarities to Chelsea head coach Frank Lampard.

Having grown up watching Lampard in his Chelsea playing days, Havertz thinks his new boss will improve him on the pitch.

“I watched many games of him as a kid, and he was also like the way I play as a midfielder, to go in the box, to score goals and make assists,” Havertz said.

“I loved him as a player, watching him as a kid. He was one of the biggest players in England of his time and for me of course Chelsea always had very big players that I know from watching the Premier League.

“I think that helps a lot to have a manager who played such a long time in the Premier League and national team.

“He can give me tips and I think he will help me a lot to become a better football player, a better midfield player, so I am very excited that he is my manager now.”

After spending £200m on new players this summer, Lampard was only able to give debuts to two against Brighton – Havertz and Timo Werner.

The arrival of Germany team-mate Werner has given Havertz extra comfort as he adapts to life at Stamford Bridge, and he is confident they can form an exciting partnership.

“Of course, I’m very happy that Timo is here,” Havertz said. “I met him first at the national team in Germany and of course we are friends. I think we will have a good German connection in the team now.

“We play together in the national team and now here at Chelsea. I’m very excited to play with him, he’s a big friend of mine and of course when you have a friend in your team it’s always easier to play football. I think we will do well.”

Chelsea face an immediate test of their title credentials this weekend when they entertain champions Liverpool, live on Sky Sports Premier League from 4pm on Super Sunday; kick-off 4.30pm.