Home Culture Lady Gaga on her stage persona and why she gave up on... 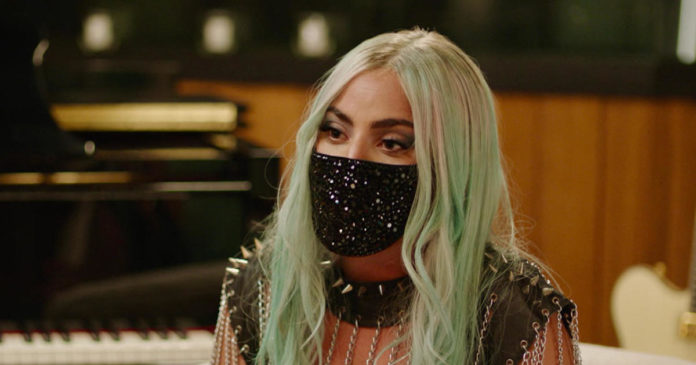 Stefani Germanotta, better known Lady Gaga, admits she grew tired of the glitz, glamour, pressure and attention that comes with being a worldwide superstar, in an interview with Lee Cowan for “CBS Sunday Morning,” to be broadcast September 20.

In the interview, Gaga opened up about her latest music, mental illness, her thoughts of suicide, and working with Ariana Grande. The interview follows the recent release of Lady Gaga’s new album, “Chromatica,” her sixth consecutive #1 album, which is filled with personal songs, some of them with dark lyrics.

The singer-songwriter said all of the songs are based on real-life events.

“I mean, honestly, Lee, I just totally gave up on myself,” she said. “I hated being famous. I hated being a star. I felt exhausted and used up.”

Gaga also showed Cowan the piano she used to write many of the songs, and comments that in some ways it ruined her life. “This ruined my life,” she said. “Look what you did. You can’t go to the grocery store now. Look what you did. If you go to dinner with your family, somebody comes to the table. You can’t have dinner with your family without it being about you. It’s always about you. All the time it’s about you.”

Combined with PTSD from being sexually assaulted at 19, she said those close to her understood the dangers she faced and did their best to lift her up.

“I really didn’t understand why I should live other than to be there for my family,” she said. “That was an actual real thought and feeling.”

“Did you think about suicide?” Cowan asked.

“Oh yeah, every day,” Gaga replied. “Yeah, I lived in this house while people watched me for a couple years, to make sure I was safe.”

Despite the pain and struggles with fame, Gaga said she cannot stop singing. She also credits Elton John (who appears on her new album) with helping her get through the tough times.

She told Cowan she has come to terms with her persona and herself. Lady Gaga will survive. “No, I’m right here,” she said. “I don’t hate Lady Gaga anymore. I found a way to love myself again, even when I thought that was never gonna happen.”

To watch Lady Gaga and Ariana Grande perform “Rain On Me” (from her new album, “Chromatica”), click on the video player below.