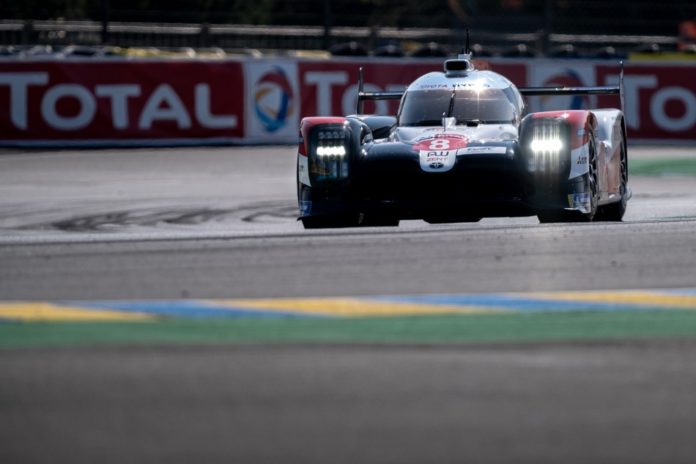 Toyota posted another 1-2 in the second Free Practice session of the 24 Hours of Le Mans weekend with the no8 TS050 Hybrid once again at the top of the timing sheets, this time with a 3m19.719 lap, nine tenths ahead of the no7 Toyota.  The no3 Rebellion R13 was third fastest on a 3m23.175, while the no1 car missed most of the session having a new engine fitted.

Racing Team Nederlands headed the LMP2 class with a 3m27.185, which was good enough for 4th fastest overall.  The no37 Jackie Chan DC Racing Oreca was second fastest wiyj a 3m28.011 lap, just ahead of the no38 JOTA Oreca in third.

The cars are now on track for the 45-minute qualifying session to determine which cars will be entered in tomorrow’s hyperpole session.