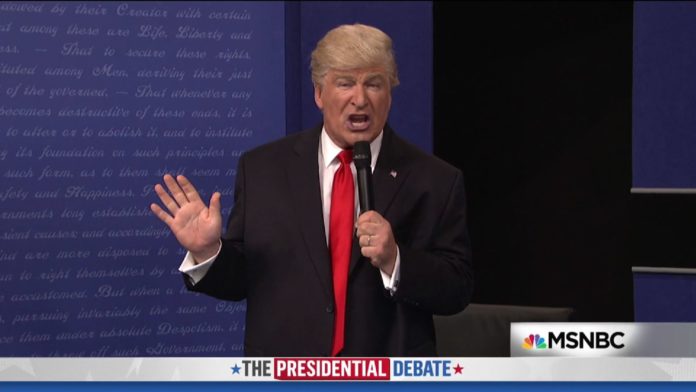 Famous for his physical comedy in blockbusters including The Mask and Ace Ventura, the 58-year-old Canadian star is understood to have approached the team to say how much he’d like to play the part.

He will appear opposite the show’s most popular spoof guest role – Donald Trump brought to you by Alec Baldwin.

Baldwin, who has just become a father for the sixth time, has played the president since 2019.

The long-running show announced the news on its official Twitter page, along with a GIF showing performers wearing costumes for some of Carrey’s best-loved characters.

SNL boss Lorne Michaels told New York magazine website Vulture: “Jim Carrey is going to do Biden… It came down to discussions of what his take was … He will give the part energy and strength, and [Laughs] hopefully it’s funny.”

Prosthetics, wigs and make up will no doubt be used to help the Liar Liar star age up nearly 20 years for the part.

Carrey has yet to comment on his new role.

It will be the 46th series of the late-night NBC sketch show and will also feature a return performance from Maya Rudolph as Kamala Harris, Biden’s Democratic vice-presidential nominee.

Biden was played by three different performers during the show’s 45th season.

Saturday Night Live airs in the US from Saturday 3 October on NBC.