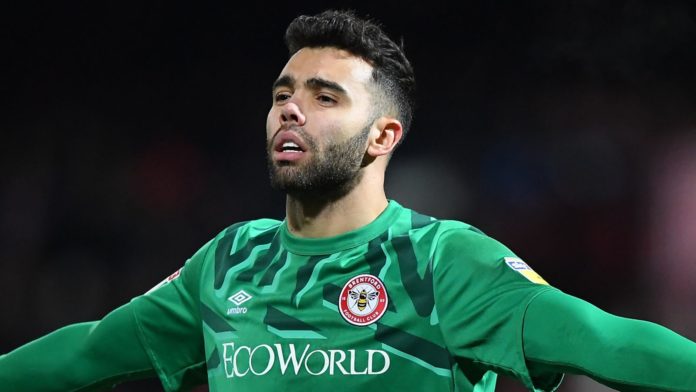 Brentford would only be prepared to sell David Raya to Arsenal if the Gunners loan him back to them for the rest of this season.

The Gunners are seeking a replacement for former substitute goalkeeper Emiliano Martinez, who completed a move to Aston Villa on Wednesday.

The Daily Telegraph reported Brentford rejected a £10m bid from Arsenal for Raya, who made 49 appearances last season as the West London club narrowly missed out on promotion to the Premier League.

Sky Sports News has been told Brentford want to keep their squad together for another promotion push and the only player they are willing to part with now is Said Benrahma, who is a target for Crystal Palace.

Arsenal are close to signing Dijon goalkeeper Runar Alex Runarsson and hope to have a deal completed “as soon as possible”.

Runarsson must be registered by midday on Friday to be part of the Arsenal squad for Saturday’s game against West Ham United.