Home Sport Gerrard: Morelos not on McCoist level yet 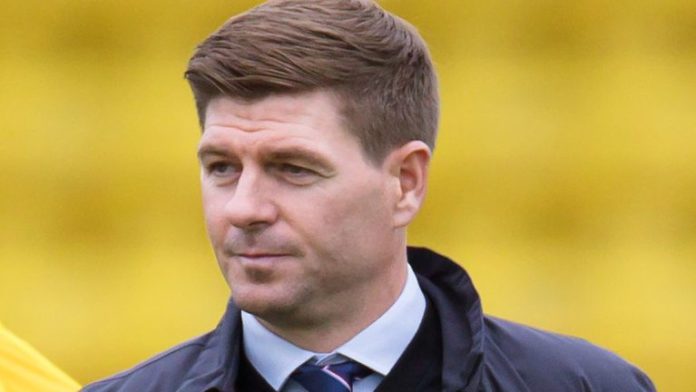 Steven Gerrard insists Alfredo Morelos has a long way to go before he can be mentioned in the same class as Rangers great Ally McCoist.

The Colombian is closing in on the club’s European scoring record after notching up his 20th strike in continental competition, completing a two-goal haul in a 5-0 drubbing of Lincoln Red Imps, leaving him just one behind the benchmark set by McCoist.

Morelos reached his latest milestone on the back of last term’s incredible scoring streak, when he became the first player to ever hit 14 goals before Christmas in a UEFA tournament, but Gerrard is not ready to gush with praise just yet.

The Ibrox manager pointed out the big difference between the pair can be counted in honours, with McCoist – Rangers’ all-time record goalscorer – outdoing Morelos with 20 winners’ medals to nil.

“Alfredo is a top striker and an incredible finisher,” Gerrard told RangersTV. “You see that especially with the second goal, but the first is just as good for me as he attacks the goal frame.

“He was successful here so we can’t talk about those two players in the same breath – not yet.”

Rangers were on red alert for an upset after seeing the Red Imps stun Celtic at the Victoria Stadium four years ago, but they safely negotiated their way through the task to set up a trip to the Netherlands next week, where they will face Willem II.

“It was professional, job done and that was the plan coming here,” Gerrard added. “We wanted to get a win, a clean sheet and move on to the next fixture because the next couple of weeks are going to be a lot more important and a lot more difficult.

“Tonight was about getting through. We scored five good goals, kept a clean sheet even though we really didn’t get out of first gear.

“I don’t think it was a good performance. We made it complicated for the majority of it. But we will take a lot of positives in terms of getting people minutes. Jermain Defoe gets a goal, Buff (Morelos) gets a couple.

“I thought the goals were outstanding and it was nice to have the luxury to give people the opportunities to play.

“We’ll take the positives and move on but as for the all-round performance, we didn’t get out of first gear.”