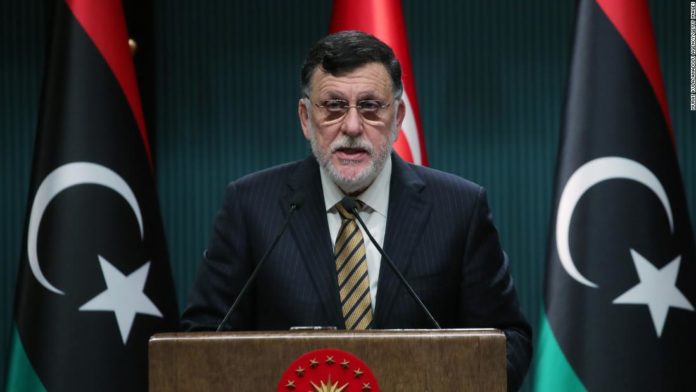 The Prime Minister of the Government of National Accord (GNA) based in Tripoli, Fayez al-Sarraj, announced his decision in a televised speech on Wednesday.
“I declare my sincere desire to hand over my duties to the next executive authority no later than the end of October,” al-Sarraj said, citing “internal and external conspiracies” and other obstacles to the effectiveness of his government.
Acting Special Representative of the Secretary-General Stephanie Williams commended the decision in a statement, saying it “comes at a decisive turning point in Libya’s longstanding crisis when it is clear that the situation is no longer sustainable.”
“The onus is now on concerned Libyan parties to fully shoulder their responsibilities before the Libyan people, to take historic decisions, and to accept mutual concessions for the sake of their country,” Williams said.
The GNA has often been at odds with General Khalifa Haftar’s self-styled Libyan National Army (LNA) and his administration, in the oil rich region in eastern Libya. The warlord has spearheaded a campaign to win control over the oil-rich North African country from the UN-backed GNA.
Despite UN-led efforts to secure a peace deal between the two factions — as well as an ongoing UN arms embargo on Libya — both the LNA and the Tripoli-based GNA have received military and financial support from international actors.
According to military intelligence released by the United States Africa Command, the LNA has received military support from the United Arab Emirates, Egypt and Russia, including on-the-ground support from private Russian military contractors.
Meanwhile, the GNA’s counteroffensive against Haftar’s attempt to take control of Tripoli has been supported by Turkey, who have provided GNA forces with both military hardware and assurances of on-the-ground support following the signing of a bilateral security deal in November 2019.
The Trump White House had taken an active interest in the ongoing conflict in 2019, reaching out to Haftar. But in recent months, the President’s stance has changed, with Trump telling those leaders that he’d rather not get involved.