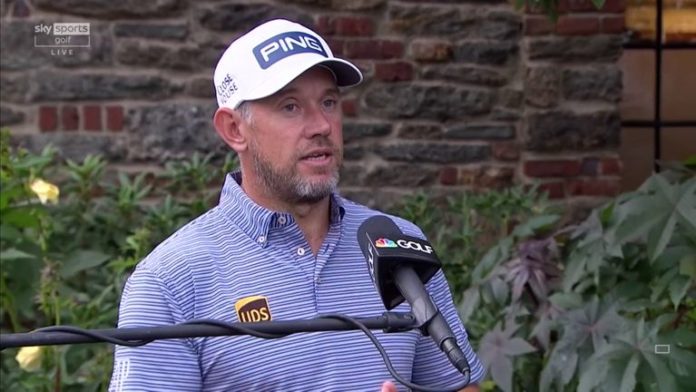 “As the golf course firms out and a little bit of wind picks up – which is likely – and the pin positions obviously get tougher, it won’t yield as many low scores”

Lee Westwood admitted it was no surprise to see so many players under par after the opening round of the US Open.

The 47-year-old mixed five birdies with two bogeys on his way to a first-round 67, rolling in a 12-footer on his final hole of the day to get within two strokes of early pacesetter Justin Thomas.

Winged Foot is regarded as one of the toughest courses in major golf, with Geoff Ogilvy winning on a score of five-over-par when the tournament was last held at the venue in 2006, although some 21 players ended the opening day of this year’s contest in red figures.

“I expected people to score better than everybody was thinking, certainly in the first round if there wasn’t too much breeze, which there hasn’t been,” Westwood said.

“Look at the fifth hole, for instance. I don’t consider myself long by any means out here, I’m 47 years of age. 505 yards uphill, I slung it around the corner and went in with nine-iron from 151. If I do that, Rory [McIlroy], DJ [Dustin Johnson], guys like that are probably doing the same.

“You get it in the fairway regularly around here, you can score well. With them being bold greens, you can use them to your advantage.

“Obviously, as the golf course firms out and a little bit of wind picks up – which is likely – and the pin positions obviously get tougher, it won’t yield as many low scores. Today was obviously the day to get off to a decent start and get some credit.”

Westwood leads the English challenge after the opening round in New York, while his 2016 Ryder Cup team-mate Thomas Pieters is the highest-ranked European after carding a four-under 66.

Pieters made three birdies in a four-hole stretch around the turn and picked up another shot at the par-five ninth – his final hole – lifting the Belgian into a share of second alongside Patrick Reed and Matthew Wolff.

“My front nine, the back nine, was lovely,” Pieters said. “I drove it really nicely and I had some really deep ones, so left myself some really short wedges into long par-fours, which helps.

“The fairways are really firm, so that’s going to be key to hit the fairways the rest of the week. Back nine I struggled a little bit off the tee and I was having to make par from some positions, and I did, but can’t be doing that all week, so got to just tidy that up. Overall, very happy.”

Watch the US Open throughout the week live on Sky Sports. Live coverage continues on Friday from 12.30pm on Sky Sports Golf.