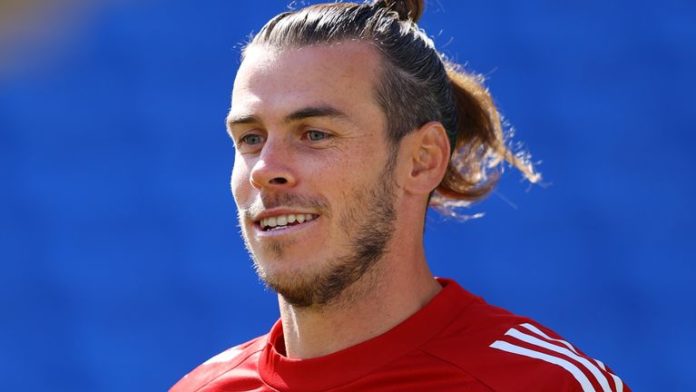 Bale set to be accompanied on private flight by Real Madrid team-mate Sergio Reguilon, who will join Spurs on a permanent deal

Gareth Bale will fly to London from Spain on Friday before sealing a move back to Tottenham from Real Madrid, having completed a medical.

Bale completed a medical in Madrid on Thursday as he closes on a deal that will see him return to the club he left in a world-record £86m transfer seven years ago.

The Wales captain will travel to London on Friday and is expected to be accompanied on a private flight by Real Madrid team-mate Sergio Reguilon, who is set to join Spurs on a permanent deal after also completing a medical on Thursday.

Lawyers in Spain and England are working on drawing up contracts which will make Bale a Spurs player again on a season-long loan deal. Spurs have agreed to pay about £20m in wages and loan fees.

Barring from a few minor details everything has now been agreed, with negotiations understood to have continued to progress well from Wednesday night into Thursday morning.

The deal is expected to be finalised before Bale heads for London.

The 31-year-old owns his own private jet, but Tottenham are expected to arrange transport for the duo.

Both Bale and Reguilon are likely to meet conditions that will enable them to avoid quarantining upon their arrival in London.

Along with having arrived from an elite sporting environment where coronavirus protocols have been adhered to, the players will both need to have returned negative test results within five days prior to entering the United Kingdom.

Bale is keen to play for a club where he believes he will be respected and appreciated again.

Although he played for Wales twice this month, he is not fully match fit and it is expected that it will take a month for him to get back to his best.

Real Madrid have agreed to let him leave on loan in order to get his £500,000-a-week wages off their books and Tottenham have made all the running to sign him this week.

As well as being frozen out by Zinedine Zidane, Bale has had a difficult relationship with the Spanish media and Real fans, and he is looking forward to making a fresh start back at Spurs.

Manchester United considered making a move for him as a back-up option to Jadon Sancho, but they did not make an offer, even though they have tried to sign him on numerous occasions since he was at Southampton 13 years ago.

Where would Bale fit in at Spurs?

Bale has enjoyed much of his success on the right wing and, despite those infamous White Hart Lane chants reminding Harry Redknapp that he ‘plays on the left’, it is there that the 31-year-old forward would expect to be deployed on his return to the Premier League.

For Mourinho at Tottenham, the sense of urgency is more acute. Lucas Moura remains a popular figure given his Champions League semi-final heroics in Amsterdam but there are now question marks over his output on the right flank and the acquisition of Bale would represent a significant upgrade.

The suggestions are that Spurs would still be interested in signing a striker as well as Bale but there is also the intriguing possibility of the Welshman being able to fill in for Harry Kane should the England captain face the kind of lay-off that hindered his activity last season.

“There are three reasons why this is happening: the first is because Bale wants to play for Spurs again. Secondly, Real Madrid want to sell him, they need to sell him to get his wages off their books and the third reason is that Spurs want him back, Daniel Levy wants him back.

“There has been a big mood change as far as Bale and Real Madrid are concerned. Last summer, he came very close to move to China that was blocked at the last minute but Real Madrid have made it very clear that they want him out this summer. Bale before ha stuck to his guns and said ‘I’ve got two years left on my contract, I’m not going anywhere’ but in the last couple of weeks, his position has changed, he wants to play football again and he will get that at Spurs.

“Spurs’ motto is ‘To Dare is To Do’, which means you have to believe in yourself and take a risk. Spurs are taking a risk signing Bale but it is a calculated risk, it makes sense to them because they are going to get him on loan, they will be paying a portion of his wages and over the whole season, it looks like he will cost them about £20m and in the current economic climate, it is a deal that makes sense for all parties.”

Analysis: ‘Now is the time for Bale to leave Madrid’

“He came here being the MVP from Tottenham, but now the point is to see if he can recover his time as a good player as it’s clear that Zinedine Zidane doesn’t count on him. It’s the time to end this situation and for me it’s the best moment to do that.

“I suppose it will be [a permanent deal]. He has two years left on his contract so if he leaves this season, I feel he would stay at the new club for the rest of his career. He has three or four more years at a good level, so if he goes to Tottenham maybe he will finish his career there.

“I don’t know if Dele Alli will be part of the deal, but I don’t think Tottenham would want to let him go as he’s a very good player. Any big team would want to have him in their side.”