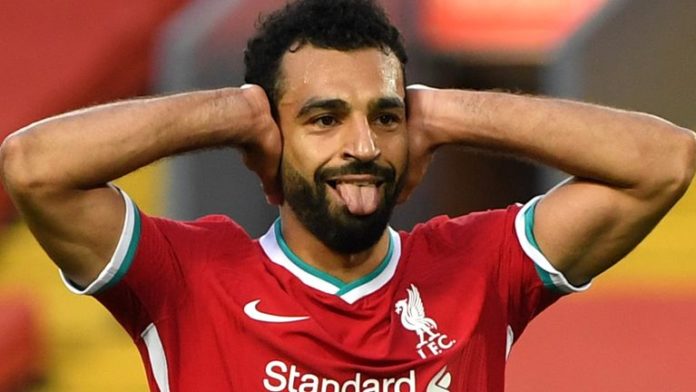 For Mohamed Salah, a trip to Stamford Bridge serves as a reminder of how far he has come. The Egyptian has blossomed since he was cut loose by Chelsea as a youngster. As ever, he will be eager to show his former club what they are missing on Super Sunday.

He heads to west London having made an explosive start to the season, his match-winning hat-trick in Liverpool’s 4-3 victory over Leeds United on the opening day prompting Gary Neville to say he is performing at “an absolutely different level”. “He looks mean, he looks hungry, he looks strong,” added the Sky Sports pundit on Monday Night Football.

Salah’s brilliance can be taken for granted at times. Jamie Carragher said his achievements were “underappreciated” after a 3-2 win over West Ham in February. But his devastating performance at Anfield on Saturday was a reminder that he is on track to achieve Premier League greatness.

Raising expectations for himself

Salah is a victim of the extraordinarily high standards he set himself during his first season at Anfield. He sent records tumbling that year, hitting a total of 44 goals in all competitions, including 32 in the Premier League – breaking the record set by Luis Suarez four years earlier.

Salah has not hit those numbers since. In fact, his goal totals have trended downwards. He scored 22 in the Premier League in 2018/19, followed by 19 last season.

But examine his time at Liverpool as a whole and it becomes clear that his output is unmatched.

Since his arrival at Anfield from Roma in the summer of 2017, Salah has scored 11 more goals than any other Premier League player, leaving Harry Kane, Jamie Vardy and Sergio Aguero trailing in his wake. He has hit 26 more than Liverpool team-mate Sadio Mane in the same timeframe.

To score 76 goals in just 109 Premier League appearances is a remarkable feat. And even after adding the 13 appearances he made for Chelsea – during which he scored twice – there are only four players who can better his record.

It is all the more impressive when you consider that, unlike the rest of the names in that distinguished list, Salah operates from the flank rather than as a central striker.

While his goal totals may have dipped in the last two seasons, there is little in his underlying numbers to cause alarm. Salah has averaged around four shots per 90 minutes every season at Liverpool and his numbers for touches in the opposition box have in fact risen from year to year.

The difference is that he has not finished his chances quite as clinically in the last two seasons as in the one before that, but his hat-trick against Leeds was a reminder of what he is capable of. It might also hint that he is primed for another goalscoring campaign like his first one.

‘Selfish’ streak but creative too

Neville touched on Salah’s mentality as well as his ability on Monday Night Football, saying the 28-year-old’s hunger for goals reminds him of his former Manchester United team-mate Cristiano Ronaldo.

“Mane is likeable… he’ll do the selfless thing for the team,” said Neville. “Then you look at Salah on the other side. He sometimes doesn’t pass to his team-mates. He is a little bit more selfish and a little bit less likeable because of that, probably to the fans and to his own team-mates.”

Neville believes that selfish streak will elevate Salah into the group of players vying to be considered the best in the world in the years ahead and that side of his character is no secret. It even caused tensions to boil over in August of last year, when Mane reacted angrily to his refusal to pass to him during a 3-0 win over Burnley at Turf Moor.

It would be unfair, though, to suggest that Salah is only out for himself. In addition to the 76 Premier League goals he has scored since his arrival at Liverpool, there have been 28 assists. Across the division since then, only Andrew Robertson, David Silva and Kevin De Bruyne have provided more.

The statistics suggest Salah’s perceived selfishness may in fact be overplayed.

If his numbers for assists are not impressive enough, consider the fact that only De Bruyne has created more open-play chances since the start of the 2017/18 season. Salah’s total stands at 175 – an average of almost two per 90 minutes played. Salah is a goal creator as well as a goal scorer.

Thiago to provide another lift

The worry for Liverpool’s Premier League rivals is that, with Thiago Alcantara finally on his way to Anfield, Salah is about to get even better.

Thiago, who is due to complete his £25m move from Bayern Munich imminently, will bring a new dimension to Jurgen Klopp’s side. His passing ability and technical skill will allow them to play through midfield rather than bypass it. He will offer Salah a new source of ammunition.

The 29-year-old is not an assists-machine in the mould of Kevin De Bruyne. He plays deeper than the Belgian, controlling the game and orchestrating attacks from the base of midfield and most commonly providing the pass before the pass, as he did in the build-up to Kingsley Coman’s winning goal in last month’s Champions League final.

But he still excels at picking out runners in front of him and that’s good news for Salah, who is at his most dangerous when running in behind the opposition’s defence. The kind of passes he needs rarely come from Jordan Henderson, Georginio Wijnaldum and the rest. But, as Carragher puts it: “Thiago would bring something different”.

Salah will be licking his lips at the prospect of feeding off Thiago’s passes. He has started the season in the most emphatic style possible, but it seems the best is yet to come from a player already destined for Premier League greatness.