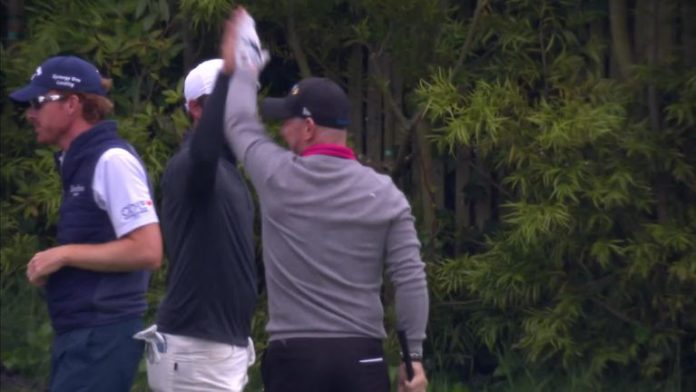 Patrick Reed and Will Zalatoris became the latest addition to the US Open hole-in-one club, joining an illustrious group of players to make a major ace at the event.

Reed holed his tee shot at the par-three seventh during an opening-round 66 at Winged Foot, seeing the former Masters champion Patrick Reed stay within a shot of early pacesetter Justin Thomas.

The American is now looking to become the first golfer ever to make an ace and win the tournament in the same week, with Zalatoris matching Reed’s effort on the very same hole later in the day.

Zaltrors’ hole-in-one is the 47th recorded in US Open history and the third in the past two years, following on from Rory Sabbatini’s hole-in-one during the first round at Pebble Beach in 2019.

Phil Mickelson, Sandy Lyle, Gary Player and Tom Watson are all in the list of players to have registered an ace during the event’s long history, while former Champion Golfer of the Year Tom Weiskopf has the honour of the being the only golfer to make two US Open holes-in-one.

Reed’s is the second ace in as many years at the US Open, following on from Rory Sabbatini’s hole-in-one during the first round at Pebble Beach in 2019, with Shawn Stefani and Zach Johnson also in the group to have become part of that group over the past decade.

Click on the video above to see the most recent US Open holes-in-one!

Watch the 120th US Open throughout the week live on Sky Sports. Live coverage continues on Friday from 12.30pm on Sky Sports Golf.