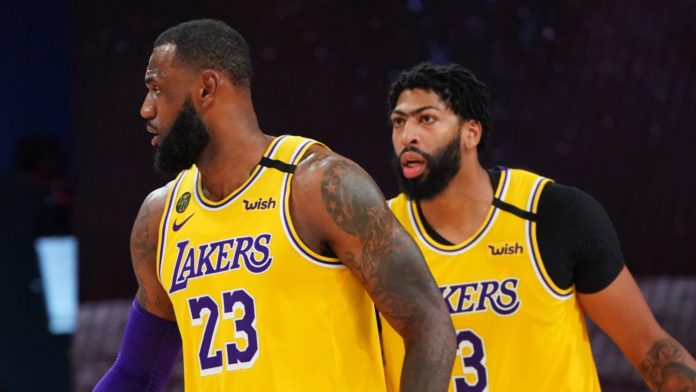 The Denver Nuggets present a new challenge for the Los Angeles Lakers in the Western Conference Finals.

Entering each of the first two rounds of the NBA playoffs, there were legitimate questions for the Los Angeles Lakers: could their guards keep up with Portland’s Damian Lillard and CJ McCollum? And then, could they do the same with Houston backcourt duo James Harden and Russell Westbrook?

The Lakers delivered two emphatic answers. The Trail Blazers are apparently still planning their trip to Cancun, and once again the future of the Rockets is up in the air.

Meanwhile, the Lakers face a challenge that they haven’t faced so far in the playoffs: a team that is healthy, versatile and has enough heart to come back from two 3-1 deficits – the Denver Nuggets.

At this stage of his career, LeBron James has seen it all – it’s tough to bet against him. Many people have, especially because his teams have a habit of losing the first game of a playoff series – his record in Game 1s is just 27-20 compared to his overall playoff record of 164-85.

James has been to eight straight NBA Finals (2011-2018), nine in total, won three NBA championships, four MVPs and, on top of being the most physically talented player the league has seen during most years since 2003, he has become one of the most intelligent players to step foot on the court over the last 10 years of his career.

To add to that, he currently has a weapon at his disposal that is better than anything he has had during his 16 seasons: Anthony Davis.

With James in peak mental form and still in great physical shape to dominate any basketball game, and with Davis unleashed, this Lakers team looks like it might waltz into the 2020 Finals. And with several favourites now out of the running – including the LA Clippers, the Milwaukee Bucks, and the defending champion Toronto Raptors – the Lakers will be tough to stop.

But James has been tripped up before. After learning everything about winning with the Miami Heat, he returned to the Cleveland Cavaliers in 2014 to build another ‘Big Three’ with Kevin Love and Kyrie Irving.

There were a handful of foes in that first season back in Cleveland: the defending champion San Antonio Spurs still looked dangerous, the Chris Paul/Blake Griffin-era LA Clippers were rounding into championship contending shape, the Atlanta Hawks were a buzzsaw of efficiency, and the Chicago Bulls looked dangerous if Derrick Rose could stay healthy.

But the Golden State Warriors seemingly came out of nowhere to win 67 games. This young squad was led by a fun but sometimes reckless, unorthodox player. While Stephen Curry was the best shooter on a team full of scary players with range beyond the three-point line, they were never going to win an actual championship playing that way. Were they?

The Warriors were built organically, using draft picks and a selection of well-selected veterans to support a rising crop of stars. They developed chemistry, knew the team’s hierarchy, they were incredibly well organised under new head coach Steve Kerr and had star players ready to change the league. And, oh boy, they did.

Fast forward six seasons later and the Warriors are nowhere to be seen. But that’s because they won a record number of games in five seasons, including three championships and five straight Finals appearances before the wheels fell off.

LeBron James, however, is still king in 2020, and Lakers general manager Rob Pelinka has put together a championship contender after shipping out basically all of last season’s roster. A brand new team surrounds James, and he looks entirely focused on winning a title.

The only problem is that he is facing a young Denver team, one that has been built over a five-year period. They have great chemistry, a perfect hierarchy, and – Michael Porter Jr’s comments notwithstanding – everyone knows their role in supporting Nikola Jokic and Jamal Murray. They are incredibly well coached and their star big man is changing the way people are playing in this league – thanks to his incredible passes and awkward step-back, high-arcing, turnaround jumpshot.

The Nuggets are primed to change the NBA. Jokic is leading a big man revolution. They aren’t your father’s big men of the 1990s, or even the early 2000s, but this new group is inspired by varied skill set of the high powered wing players that have dominated the league in the past 15 years – including James, Kevin Durant, Carmelo Anthony and others.

Jokic is also inspired by an elite group of energetic guards who rebound the ball as well as they score and set up their team-mates.

Three of the four teams remaining in the playoffs have a dominant big man who don’t just use their size and physicality, but through varied means. The Lakers’ Davis is responsible for 15 per cent of his team’s assists when he is on the floor. Bam Adebayo of the Miami Heat averaged five assists this season, and Jokic led his team with seven assists per game this year.

Against the Trail Blazers and the Rockets, the guards were the threat, and the Lakers managed well by barely playing their centers JaVale McGee and Dwight Howard, especially against Houston.

Against Denver, the seven-foot Jokic will be the problem, and he is not the only Nuggets big man – this is a team that had a starting five during an early bubble scrimmage with the 6ft 8in Jerami Grant as the shortest player. Mason Plumlee stands at 6ft 10in and often plays at center alongside Jokic, 6ft 10in small forward Michael Porter Jr handles the ball, and Paul Millsap’s 6ft 7in height belies his power forward strength and physicality.

Davis doesn’t like playing center, especially against other bigs, but the Lakers’ best line-ups don’t include Howard or McGee. LA’s coach Frank Vogel has realised this, and after giving his two centers a combined 23 minutes in the Game 1 loss against the Rockets, he has lessened their playing time in each game to the point where the team looked unstoppable.

The Nuggets also have a pretty good backcourt. Jamal Murray has been one of the best performers of the playoffs. After scoring 18.5 points with four rebounds and four assists in the regular season, he has increased these averages to 27, six and five in the past 14 games.

Entering the Western Conference semi-finals, the Lakers still have the challenge of shutting down one of the most dangerous guards left in the league on the Denver Nuggets. But they also have a completely different task to manage simultaneously in trying to handle the best modern big man in the world.

Denver also boast a versatile group who, mostly, know their role in supporting the top players, and an excellent coach, Mike Malone, who has helped establish great chemistry and a culture of fighters no matter the situation.

It’s the type of upcoming team that LeBron James hasn’t seen since 2015, but he has much more experience than the last time he tripped up against a young talented squad, and he is playing alongside the most talented team-mate he has ever had.

It should be enough, but the expectations of Jokic and the Denver Nuggets are being smashed at every turn.