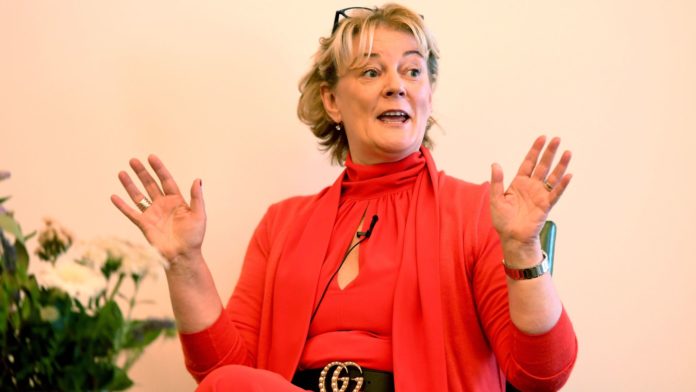 Jo Malone has hit out at the “disgusting” treatment of Star Wars actor John Boyega by the perfume brand that bears her name.

Boyega stepped down as a global ambassador for the Jo Malone company after he was cut from a Chinese version of an advert he helped produce for aftershave.

Ms Malone sold the business in 1999 to Estee Lauder Companies.

Speaking on Lorraine on ITV she said: “I am so horrified and disgusted about what has been done to John…

“This has gone global and my name has been associated (with it). It’s been done in my name but also people think it’s me.”

She added: “How dare somebody treat him (like that) and he finds out he is replaced on social media?… They never spoke to him… That for me is utterly despicable and is disgusting.”

Boyega announced on 15 September that he would be stepping down from his role with the Jo Malone brand.

He tweeted: “Their decision to replace my campaign in China by using my concepts and substituting a local brand ambassador for me, without either my consent or prior notice, was wrong.

“The film celebrated my personal story – showcasing my hometown, including my friends and featuring my family.

“While many brands understandably use a variety of global and local ambassadors, dismissively trading out one’s culture this way is not something I can condone.”

He added: “It’s back to back but I assure you this will be dealt with swiftly. I don’t have time for nonsense. We press on and strong. Stay blessed people.”