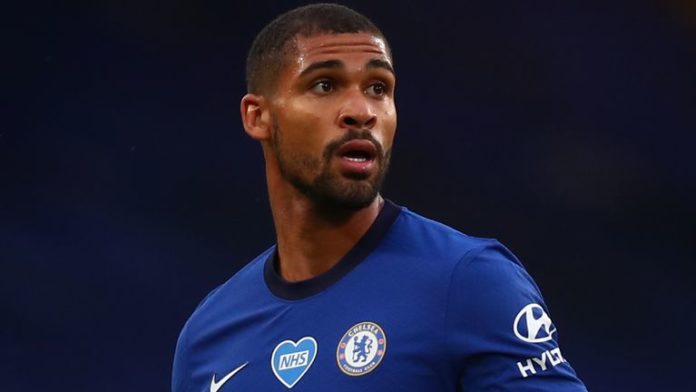 Lampard: “He’s a hugely-talented player, a great lad, so there will be lots more to come from Ruben Loftus-Cheek”

Sky Sports Monday Night Football pundits Jamie Carragher and Gary Neville questioned the 24-year-old’s future at Chelsea after he was given a start in the 3-1 win at Brighton.

Neville described Loftus-Cheek’s performance as “really disappointing” and added that the England midfielder has not “grasped his chance yet”, while Carragher insisted that “he’s had his chances now”.

However, Lampard insists he will be giving the Chelsea academy product plenty of time to find his best form, with Loftus-Cheek yet to experience a solid run of first-team action since rupturing his Achilles in May 2019, which was the latest of a series of injuries that have hindered his development.

“I know Ruben’s story probably second best to how he knows it,” Lampard said. “But Ruben had a terrible injury – an injury that he worked very hard to come back from over the course of last season.

“(He) trained brilliantly to get fit again for the start of the season and I think if there is harsh criticism of him in the game against Brighton, then it is certainly very harsh because to come back from an injury like he has, has been difficult for him and he’s put a lot of hours into it.

“And he’s a hugely talented player, a great lad, so there will be lots more to come from Ruben Loftus-Cheek.

“Unfortunately the nature of this game is very reactionary, and people will say it as they see it, but knowing Ruben’s story behind the scenes, then he’s fought back really hard to get where he is and he’s a very, very talented player.”

Loftus-Cheek could keep his place in Chelsea’s side to face Premier League champions Liverpool on Sunday, live on Sky Sports, with several of Lampard’s other attacking midfield options remaining out injured.

Lampard confirmed on Friday that Christian Pulisic and summer-signing Hakim Zieych are not ready for first-team action, along with fellow recent arrivals Ben Chilwell and Thiago Silva.

Two new signings who will once more be available for Lampard are Germany duo Timo Werner and Kai Havertz, who both also started at Brighton.

Werner started up front, while Havertz played off the right flank, but Lampard says he expects both players to be used in various roles throughout the season.

“We played one game so it’s hard,” Lampard said. “They both had a flexibility in how they played for their previous clubs.

“So of course that’s going to be something that will remain slightly flexible. We’ll try and find the right balance of the team as a whole and they’re going to add a lot no matter what position they’re playing.”