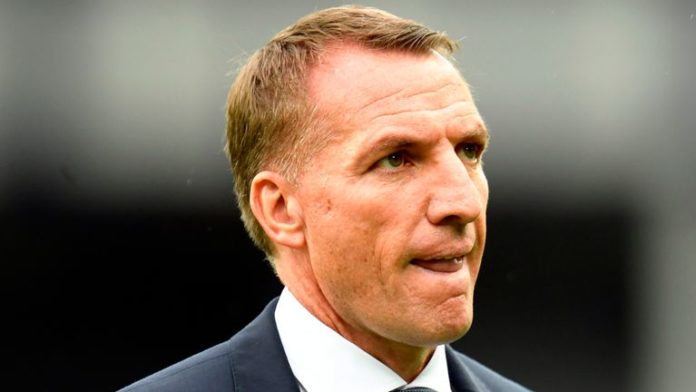 Rodgers: “There’s been negotiations so we’re hopeful. We need a different type of attacking player”

Brendan Rodgers says Leicester are hopeful of securing a deal for Roma winger Cengiz Under.

Leicester’s discussions over a deal to sign Under are focusing on whether there would be an obligation to buy the Turkish winger at the end of his loan spell.

A loan fee of £2.7m has been agreed for the 23-year-old, according to Sky in Italy, but Roma want Leicester to commit to buying him for £22m in a year’s time.

Sky Sports News has been told there are still a variety of options being considered, and speaking at his press conference on Friday, Rodgers admitted that negotiations are still ongoing.

“He’s a very good player,” Rodgers said of Under. “There’s been negotiations so we’re hopeful. We need a different type of attacking player. Having watched him, he’s clearly a talented player.

Having watched him, he’s clearly a talented player.

Brendan Rodgers on Cengiz Under

“We have pace and power at the top end, but we also need some more football in there.

Leicester’s priority remains a centre-back – a position where the squad is particularly bare – and so the hierarchy is reluctant to spend big money up front for Under, or any other winger. An ‘obligation’ to buy means Leicester would be forced to pay out when Under’s season-long loan came to an end.

However, the alternative, which would seem to be more attractive to Leicester’s bosses, would give them the ‘option’ to buy – a free choice for the club to decide whether they want to purchase the winger on a substantive deal.

A compromise seems the most likely outcome, whereby Under’s move would only be made permanent if he plays a certain number of games for Leicester while on loan. That scenario is, however, likely to mean a higher overall fee that Leicester would have to pay.

Under is a left-footed winger who has primarily operated on the right wing for Roma since arriving from Istanbul Basaksehir in 2017. He has scored 17 goals in 88 games for the Serie A club, who are willing to allow him to leave as he has failed to hold down a first-team place during his three years in the capital.

In addition, Leicester have not given up on signing Burnley centre-back James Tarkowski. Sky Sports News has been told that the two clubs have been in regular contact but remain apart on their valuations of the 27-year-old.

Rodgers wants to sign a new centre-back before the transfer window closes on October 5 and has been interested in signing Tarkowski since Harry Maguire moved to Manchester United last summer.

West Ham are also keen to sign Tarkowski and have had three offers turned down by Burnley. Leicester, meanwhile, face the Clarets in the Premier League on Sunday, looking to build on their opening win over West Brom.

“I’ve got huge respect for Sean and Burnley and what they’ve done,” Rodgers added. “Analysing their games, they don’t get the respect for the football they play. They’re talented players, super organised with a really good balance.

“Sean has made them that type of team and they’ve consolidated their place in the Premier League. We rose to the challenge last week and it will be a different challenge this week.”

The summer transfer window closes at 11pm on October 5 with Sky Sports News offering a feast of activity on Transfer Deadline Day.