Home Culture Apple One Could Be a Bundle of Problems 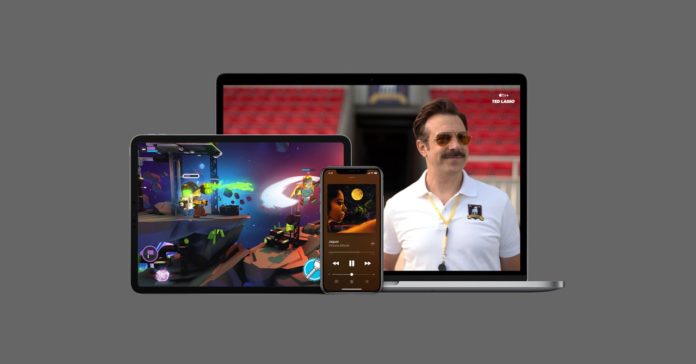 Digression: To me, Premium is the only rung worth talking about since the others, by dint of including fewer services, aren’t really worthy of the term One. By definition, they are less than One. They are more like 0.4 and 0.6.

End of digression. What really makes this bundle potentially compelling is that Apple services have the ability to deliver what its competitors cannot hope to match: deep integration with iPhone, iPad, and Apple Watch, as well as Apple’s other services. The best example is Fitness Plus, a new service included in Premium. This product features exclusive recorded fitness classes—just like Peloton!—that people can access through iPads or computers. But the workouts also sync up with Apple Music and Apple Watch, allowing stuff like downloadable playlists and timely access to the biometrics in the Watch. For instance, when an instructor tells you to check your heart rate, that metric will be supersized on the screen. (If the executives of Peloton had their Apple Watches turned on during the event, they probably would have seen their heart rates rise to alarming levels.)

The integration is in a nascent stage now—one imagines that eventually robot instructors might alter your workout in real time, depending on how close you are to a coronary. Still, it’s a unique feature not available to competitors, and it rolls out at Apple’s massive scale. And don’t forget, it’s also available as part of a bundle full of other stuff, so people might be lured into trying it out if they like the other services in the package. After the event, the Peloton CEO said Apple’s product was “a legitimization of fitness content” which is the kind of bravado one shows when refusing the blindfold before the firing squad takes aim. If Apple introduces its own standing-bike or treadmill—it could happen, Tim Cook is a gym rat!—the one-two punch of hardware and services would probably send Peloton the way of Schwinn.

Right now, Apple One is relatively benign, but it’s easy to imagine how future bundles could link with new products to corner all sorts of markets. Let’s say Apple made … a car. (Yeah, I know, the company’s long-rumored autonomous vehicle project has been put on hold. But in June Apple bought a self-driving-car startup, albeit one that was on the brink of shutting down.) Think of the services that Apple could bundle with a car. Music, to be sure—when the car picks up speed, it’s time for road tunes! Apple Messenger might merge with the car’s electronics to send alerts when service is required. There might be a supercharged version of Apple Maps. And perhaps integration with the Apple Watch: the car might pull over if biometrics indicated the driver was dozing off. The point is that Apple would have the advantage of that integration—and its competitors might not. If you stream Spotify in your Apple Car, you will not automatically hear “Born to be Wild” when you floor that beast.

Apple One, along with services blended with hardware, is a step toward drawing Apple users deeper into its fold. But the timing might not be ideal. Apple is now under scrutiny for what critics, and some legislators, charge is anti-competitive behavior in cases where its own products compete with third party apps distributed on its platform. For one thing, Apple’s rivals in the App store have to pay Apple thirty percent of their revenues, a burden not imposed on Apple products. Those investigating Apple for antitrust concerns will undoubtedly take a close look at Apple One, too.