Home Culture Justin Bieber and Chance the Rapper get ‘Holy’ in a star-studded new... 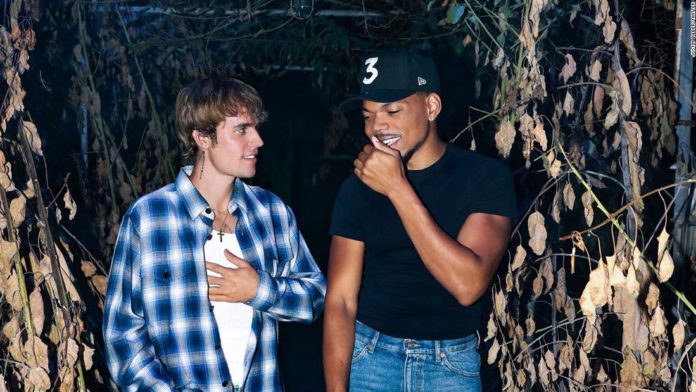 The track, which Bieber shared on Instagram, Twitter and YouTube late Thursday US time, is about love, hope and faith.
The video was directed by Colin Tilley, who recently shot Cardi B and Megan Thee Stallion’s racy “WAP” video, and casts Bieber as an out-of-work oil worker and Destiny as his love interest, a nurse.
The couple are evicted from their home and find themselves on the street before Valderrama, who plays a US Army soldier, takes them in for a hot meal with his family. The final frames of the video show the characters around the dinner table, holding hands and praying.
Sharing the video, Bieber said on social media that it heralded a “new era.”
Chance the Rapper called Bieber his “best friend” in an Instagram post earlier this week ahead of the track’s release.
Sharing the video on Thursday, he said: “I made one of my most important songs with one of my most supportive friends and I really want yall to hear it tonight when it drops. I know this record will make you feel something and I know that feeling is love.”
Bieber and Chance the Rapper have already collaborated on a number of tracks, including “No Brainer” in 2018 along with DJ Khaled and Quavo, “I’m The One” in 2017 and “Confident” in 2013.
“Holy” is Bieber’s first new track since his album “Changes” — his first album in almost five years — was released in February.